In Retrospect of Demolished Memories

In Retrospect of Demolished Memories revolves around the study of the redevelopment of public housing through the usage of the SERS scheme within Tanglin Halt, Singapore.

As Singapore develops into one of the most densely populated cities in the world, the city-state upholds a reputation amongst its global audience as a carefully planned and well-organised metropolis, complimented by well-designed buildings. However, even though the progress of Singapore's public housing has accelerated the advancement of its infrastructural development, the introduction of policies and urban transformation to model Singapore into a globally competitive landscape through the use of the SERS scheme has suggested otherwise.

Through the execution of the project, it is in hopes that the storytelling would provide an alternate narration of what it means to progress as a nation – through the development of not just a country but also interpersonal neighbourly relationships. It would also strive to provide the average Singaporean an outlet to reflect on what it means to live within their current estate.

In totality, the project attempts to undertake an objective of scrutinising the disruptive impact of community displacement through a narrative and reflective approach. It is a visual documentation that looks to promote reflective thinking through the narration on the loss of deep-rooted relationships between people, place and experience, that has resulted from urban renewal within the city-state. 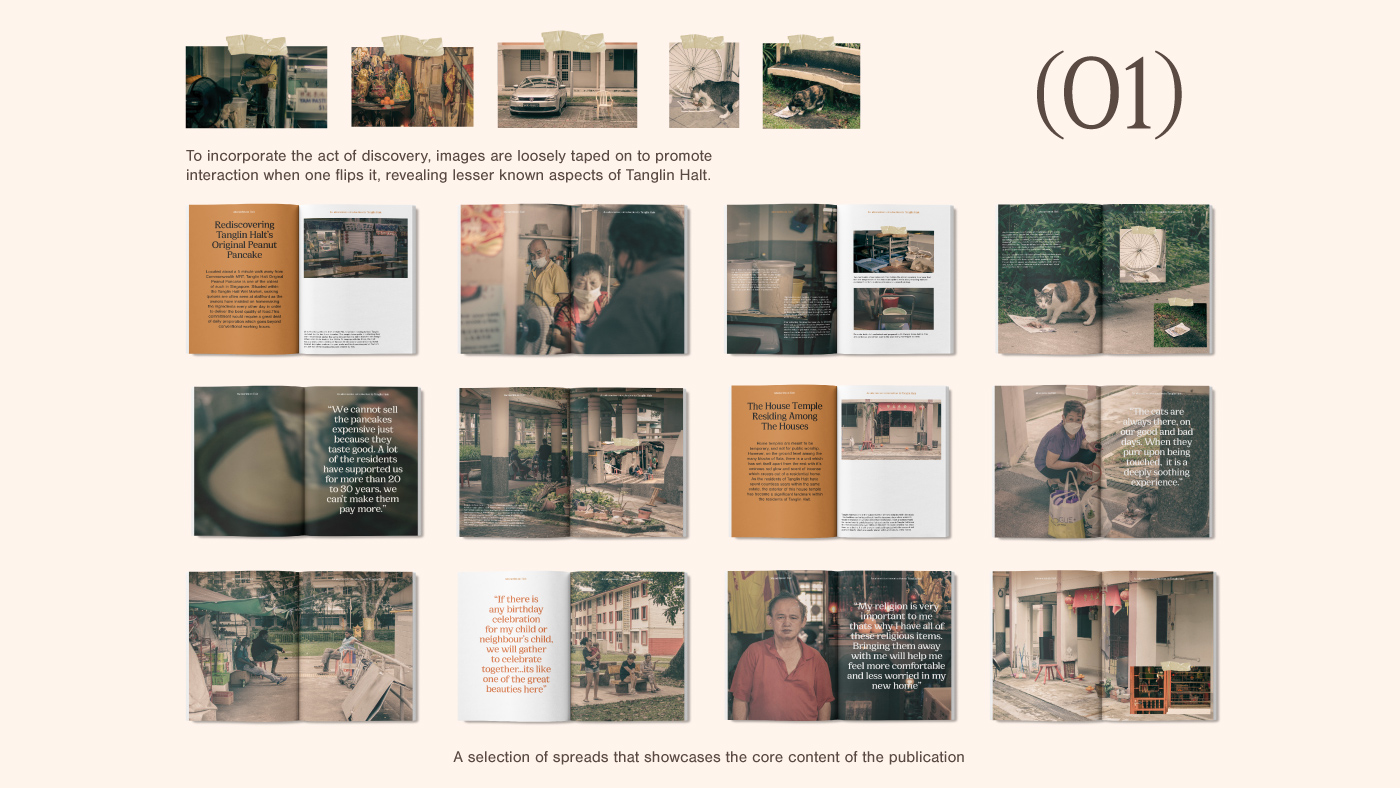 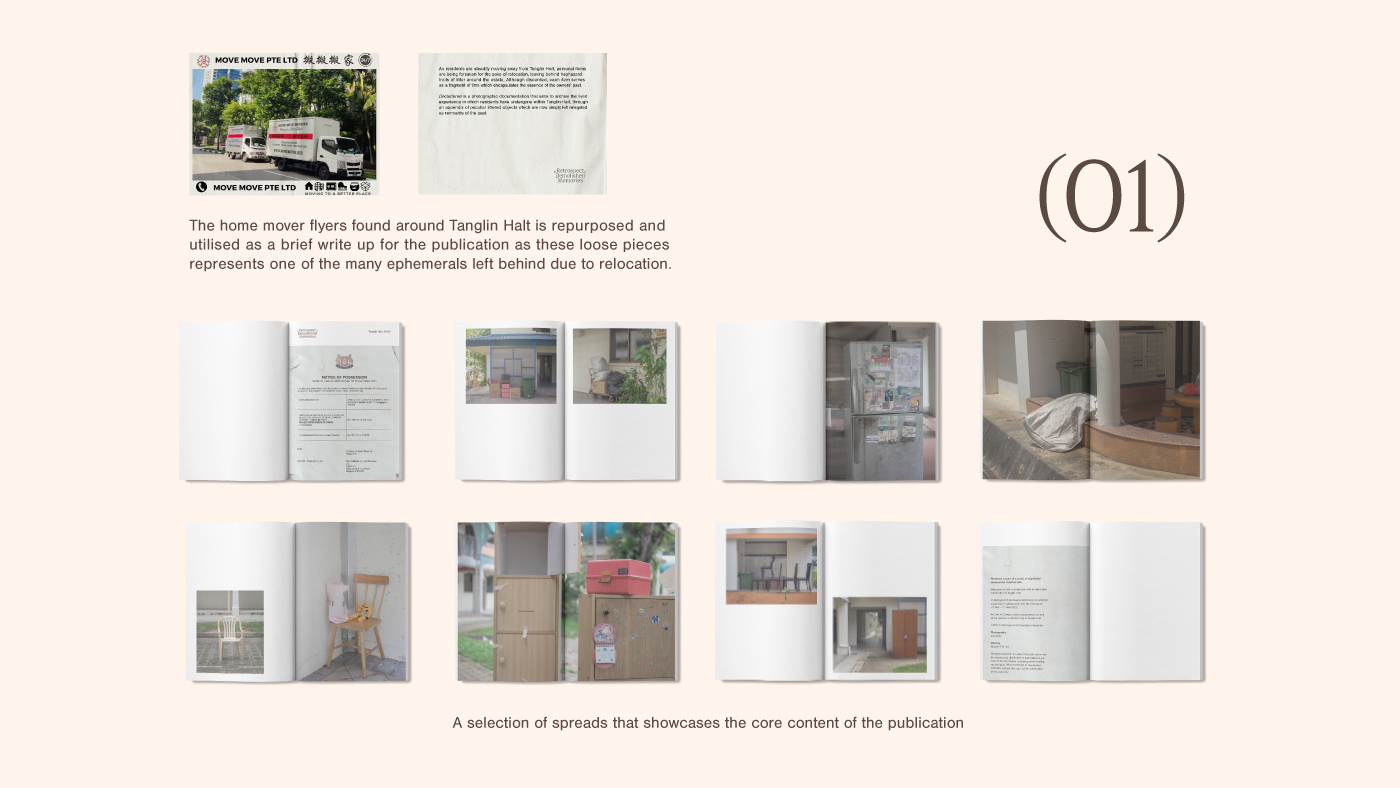 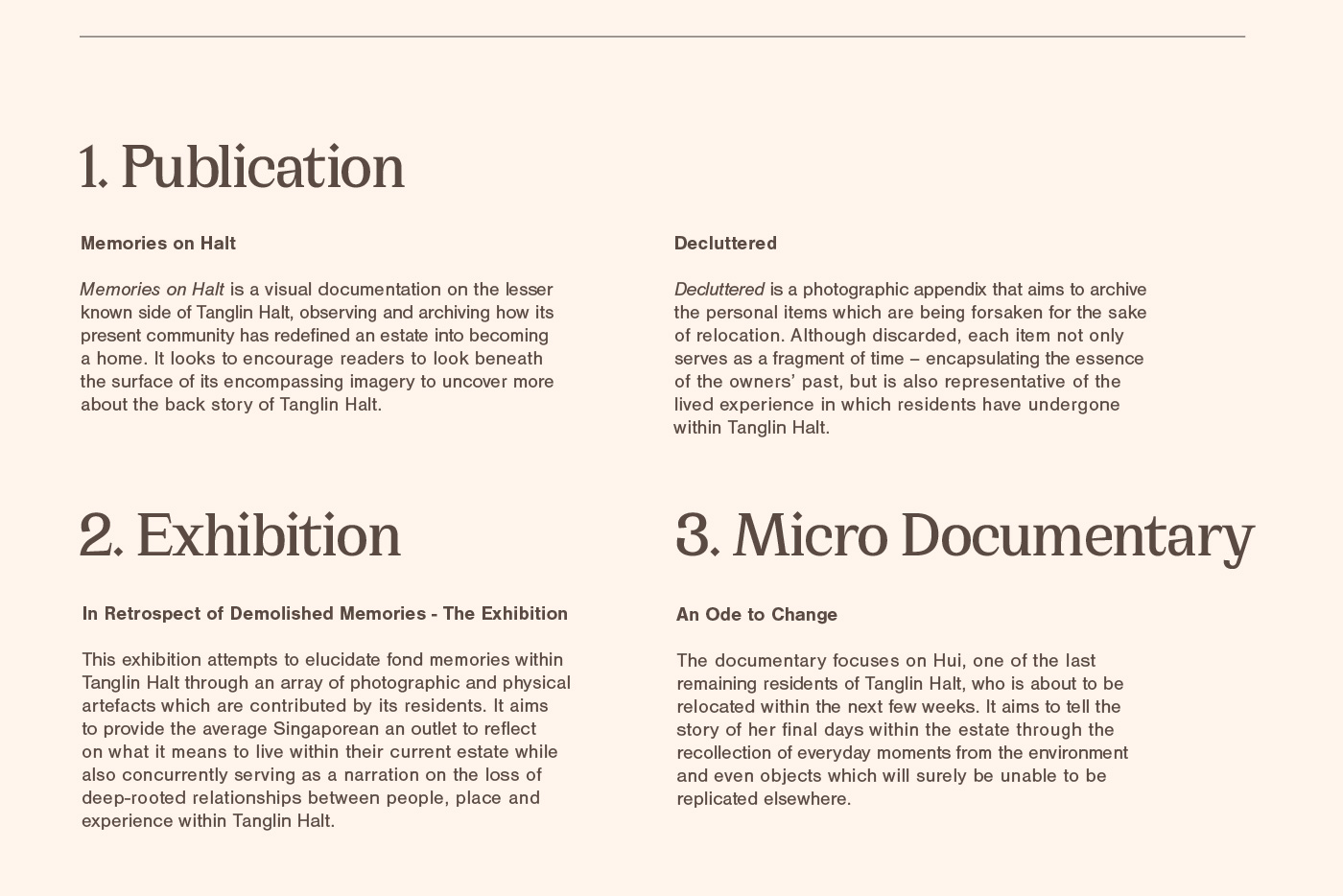