Due to political and economical factors, English has been adopted as the official working language for Singapore. It has also been widely accepted as the language of modernity and globalisation. Despite being a country that promotes bilingualism, Singapore is gradually transforming into a monolingual society. The diminished relevancy of the respective ethnicities has contributed to a homogenised society, posing a question—“What does it mean to be a Singaporean in today’s context”.

To ensure that no race would be privileged over the other, English was adopted as the nation’s lingua franca, while the other spoken native languages (mother tongues) became secondary. The under-spoken mother tongue languages became increasingly foreign to the younger generation, which resulted in the lack of its relevance in society; deterring one’s interest to pick up the language. With the mother tongue languages being closely knitted to one’s cultural roots and traditions, the act of prioritising English is in itself the rejection of one’s identity.

A keen interest in Chinese culture and language forms the motivation for this project, in which it aims to define the ‘NEW Chinese Singaporean Identity’ through unsettling typographic outcomes that inform the discomfort and dilemma faced among the everyday Chinese Singaporean. It magnifies the fragmented relationship between Chinese Singaporeans and their Chinese proficiency, through the manipulation of Chinese typography in the form of 'misused' and 'miswritten' Chinese characters. 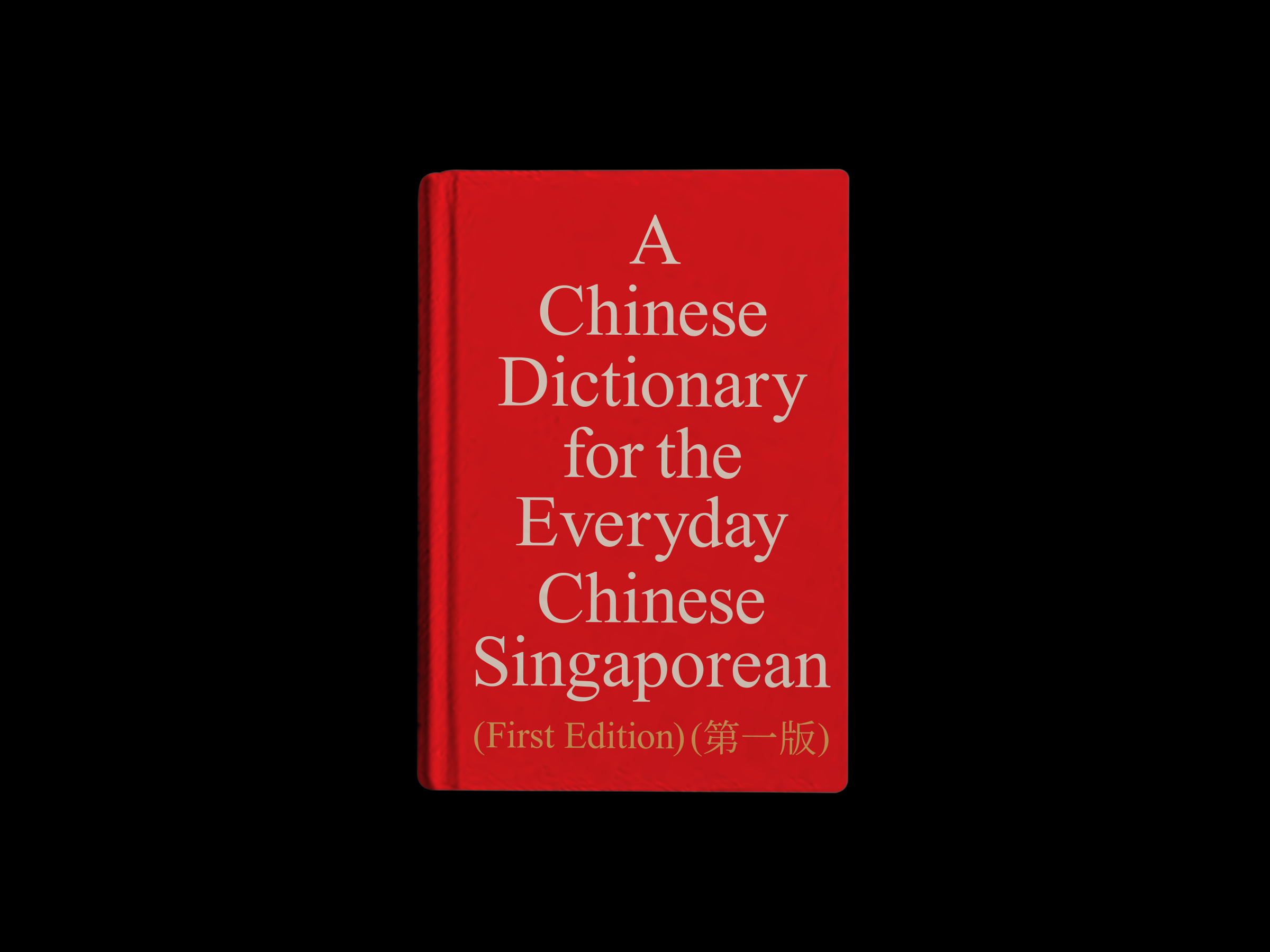 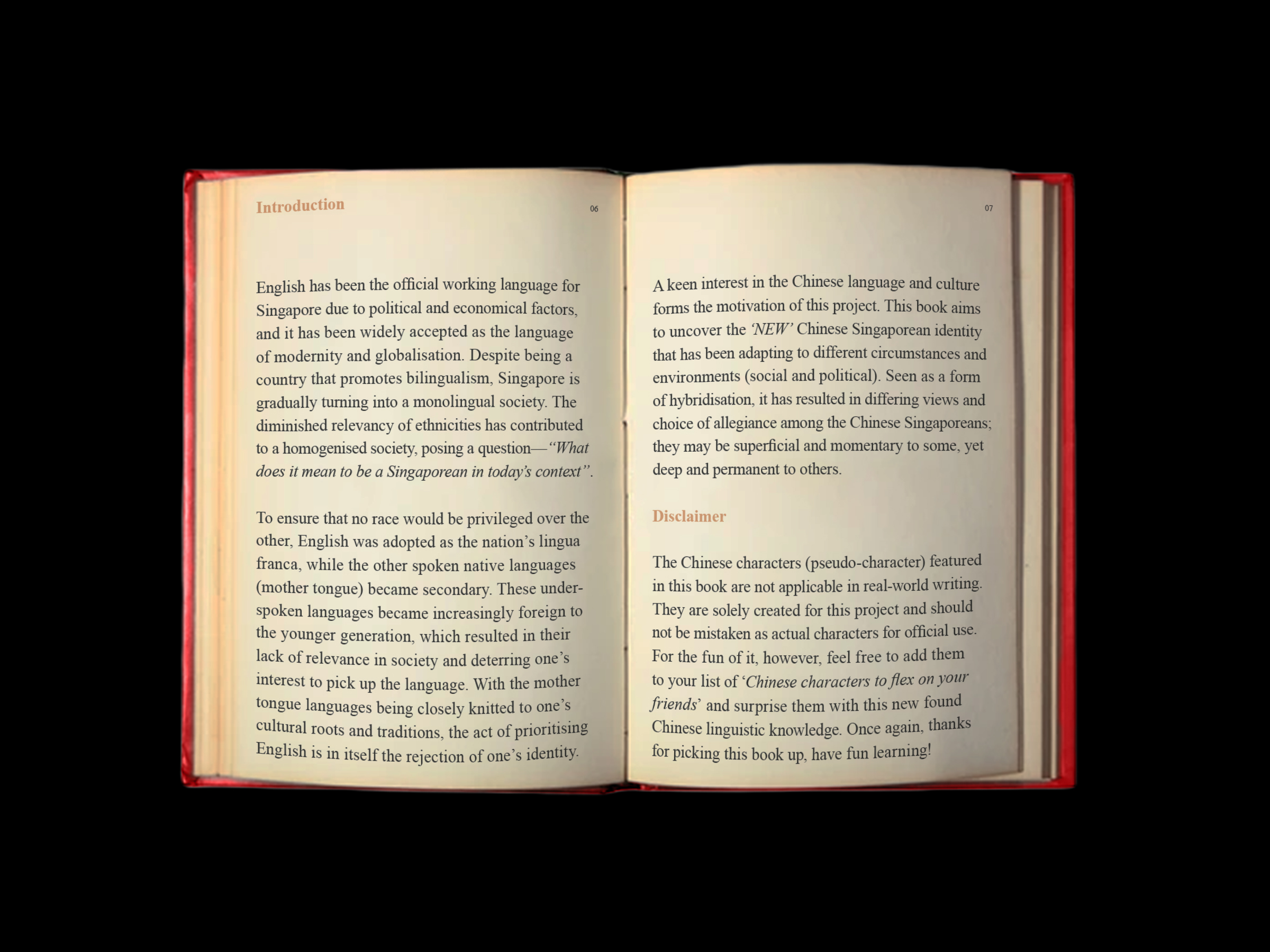 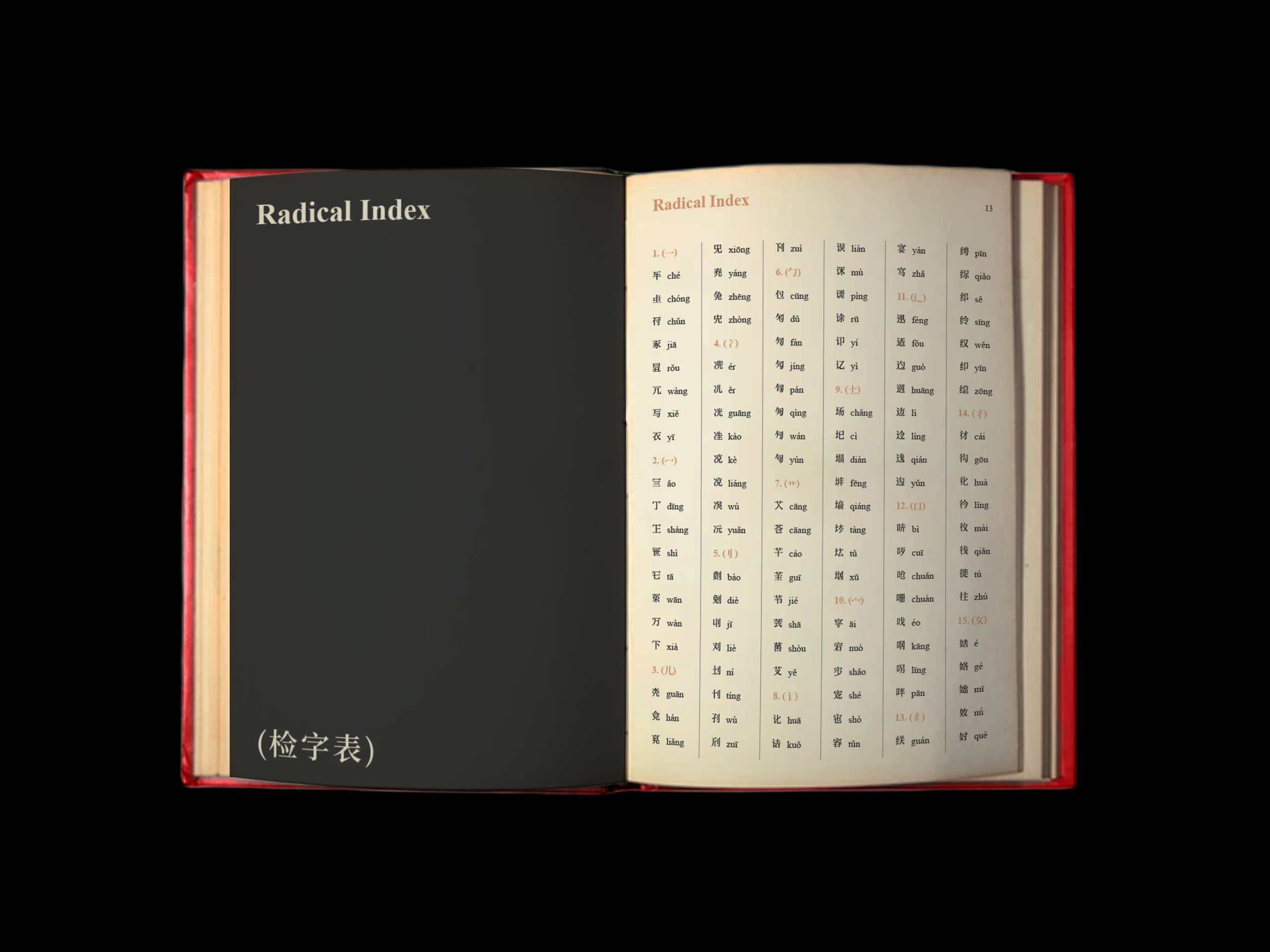 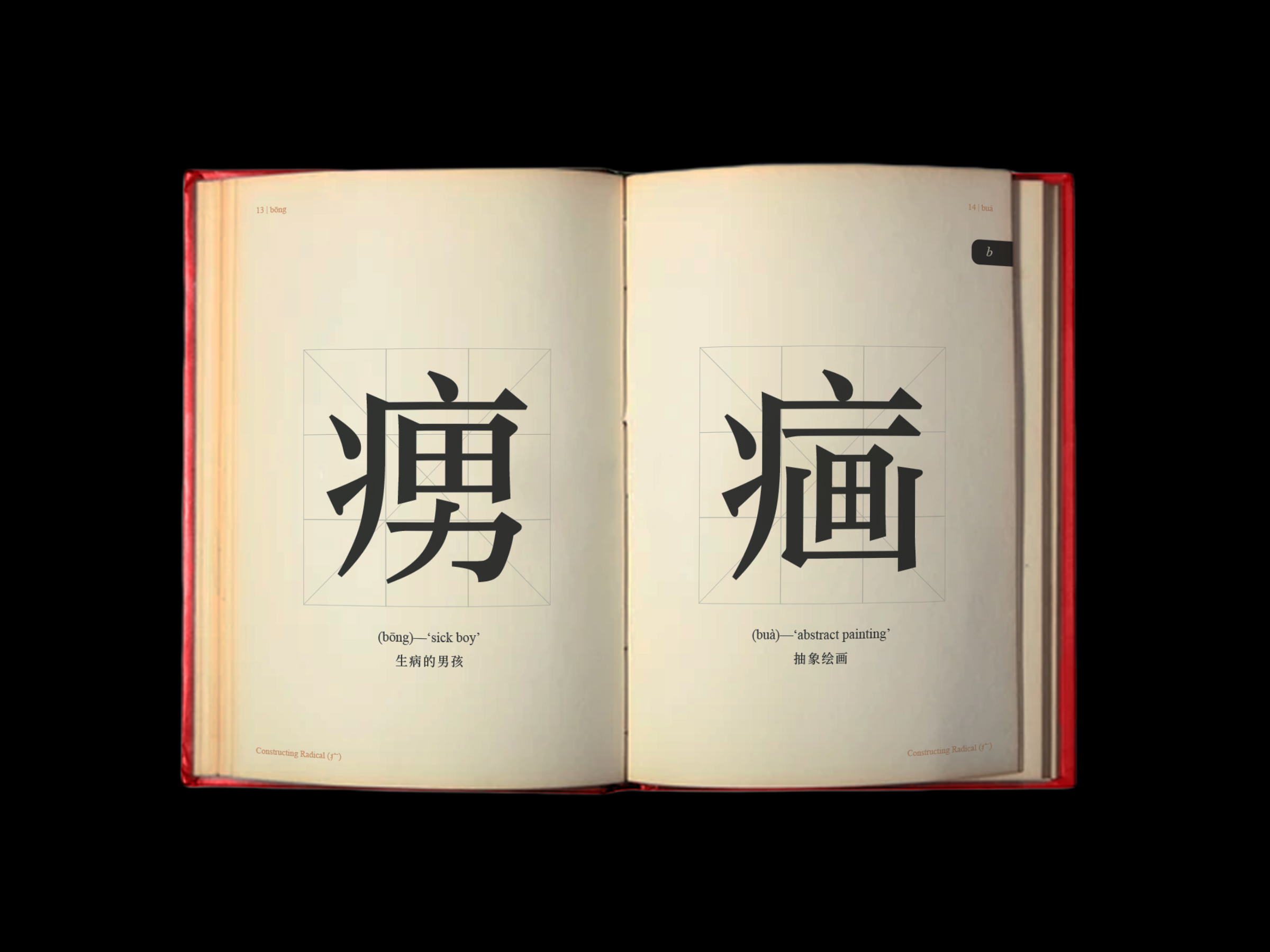 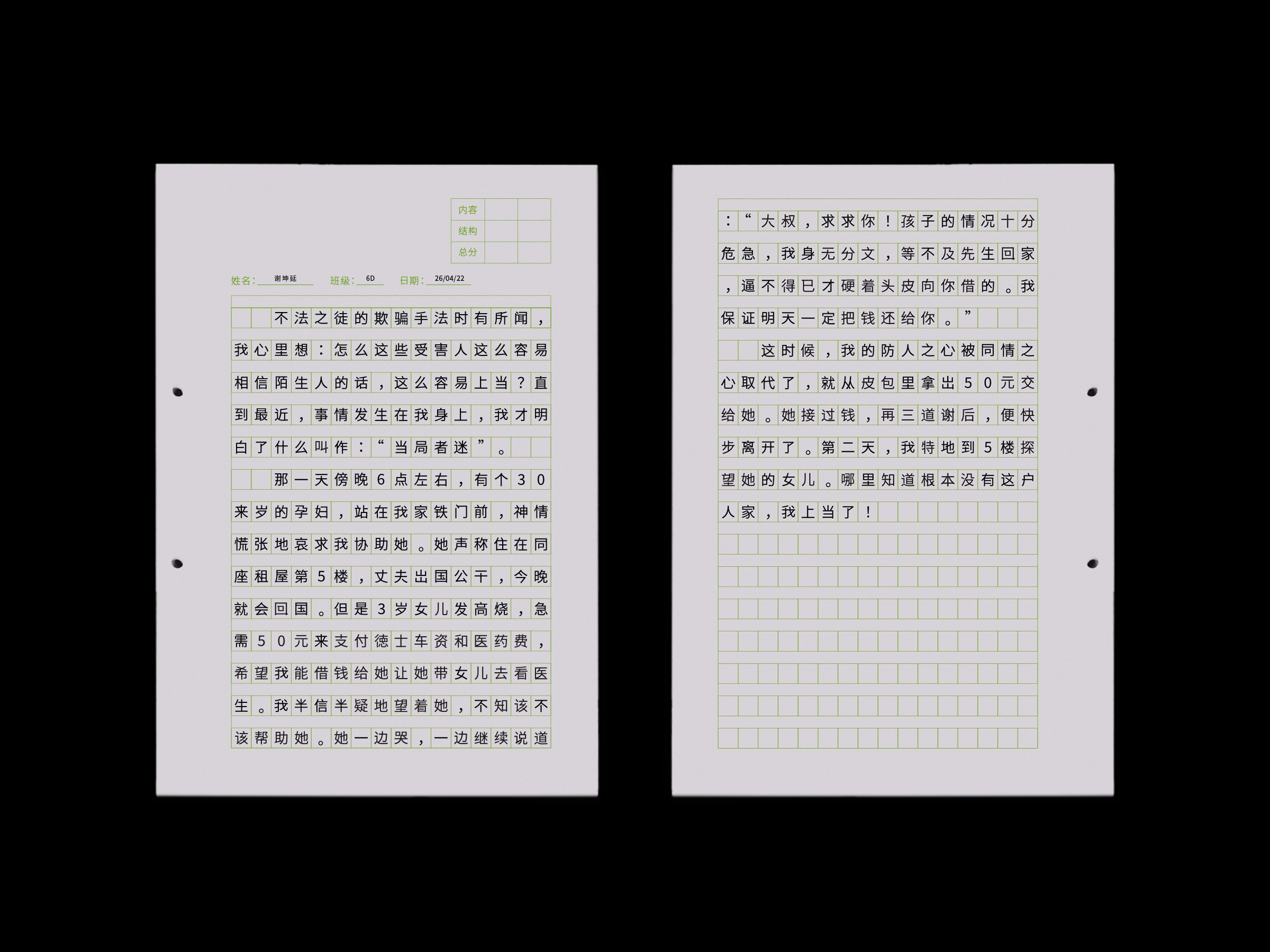 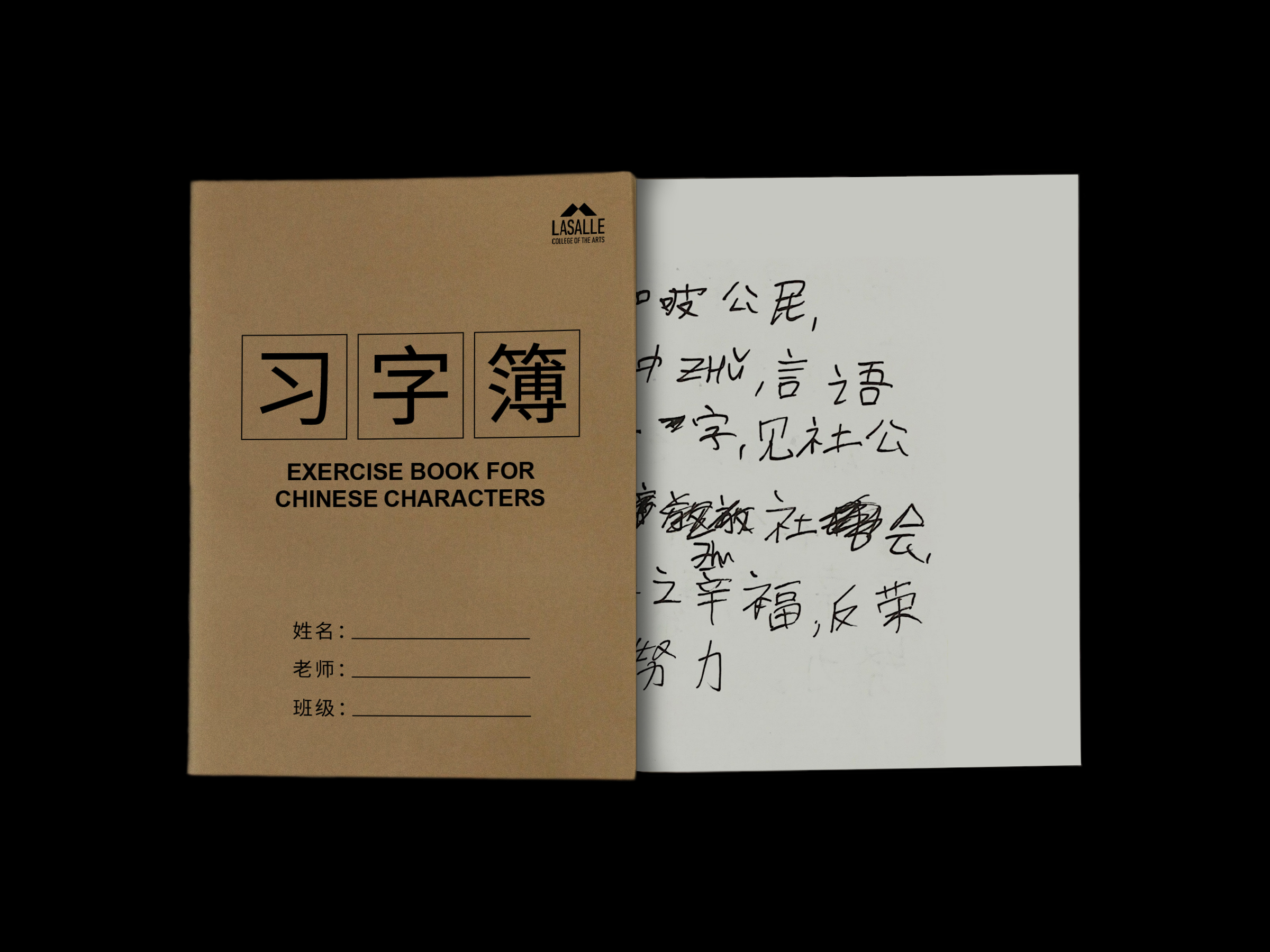