Comments sections are constantly abuzz with fury and vitriol. Behind these curtains of rage are algorithms programmed to push up posts and comments that generate the most traffic, a formula for virality that journalists covet to have their content take off. Capitalising on these algorithms are greedy, irresponsible media sites that intentionally frame their headlines to provoke incendiary commentary known as ragebait. Anger has been studied to evoke the most actionable response out of all emotions, where enraged users hack and slash at each other to defend or prove their points. This continuous volley of replies generate immense traffic, and in the eyes of social media algorithms, is more than worthy to be continuously pushed to the top of our feeds to attract more mouths to the cacophony.

Is it thus possible to maintain healthy, thought-provoking discussion in comment sections, without the bitter hatred and mockery that usually accompanies? While good design cannot fight against the ever-evolving algorithms that social media platforms employ, can it influence the way in which users receive their daily doses of news and resultantly interact with each other in the comments?

This project explores the way in which a comment section’s interface can encourage and influence open discourse among netizens, regardless of how controversial the topic may be.

The target audience are netizens who enjoy open debate and are stocked with thought-provoking commentary on current affairs, but are currently discouraged to engage in social media discussions due to the fear of provoking a fight. 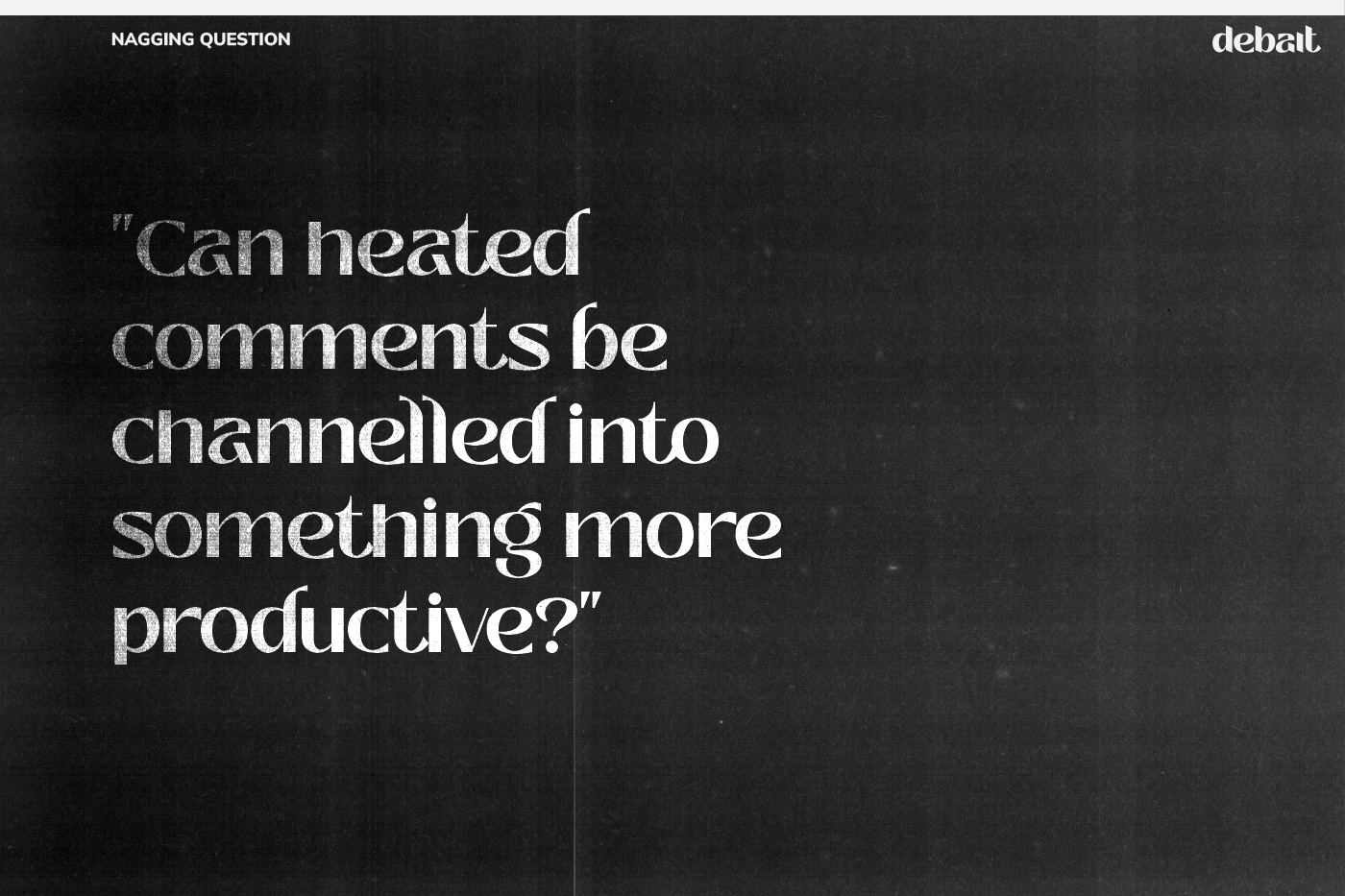 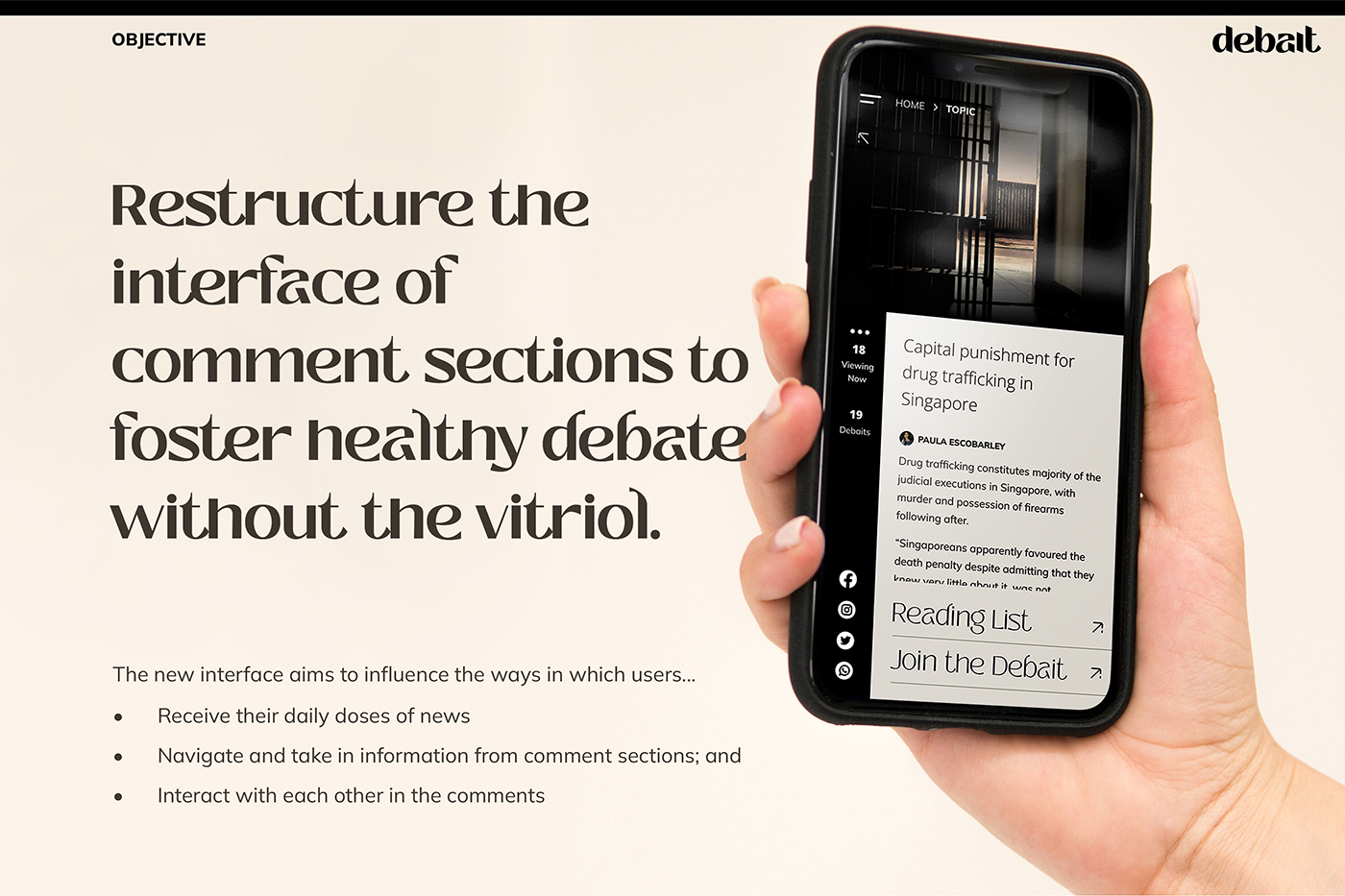 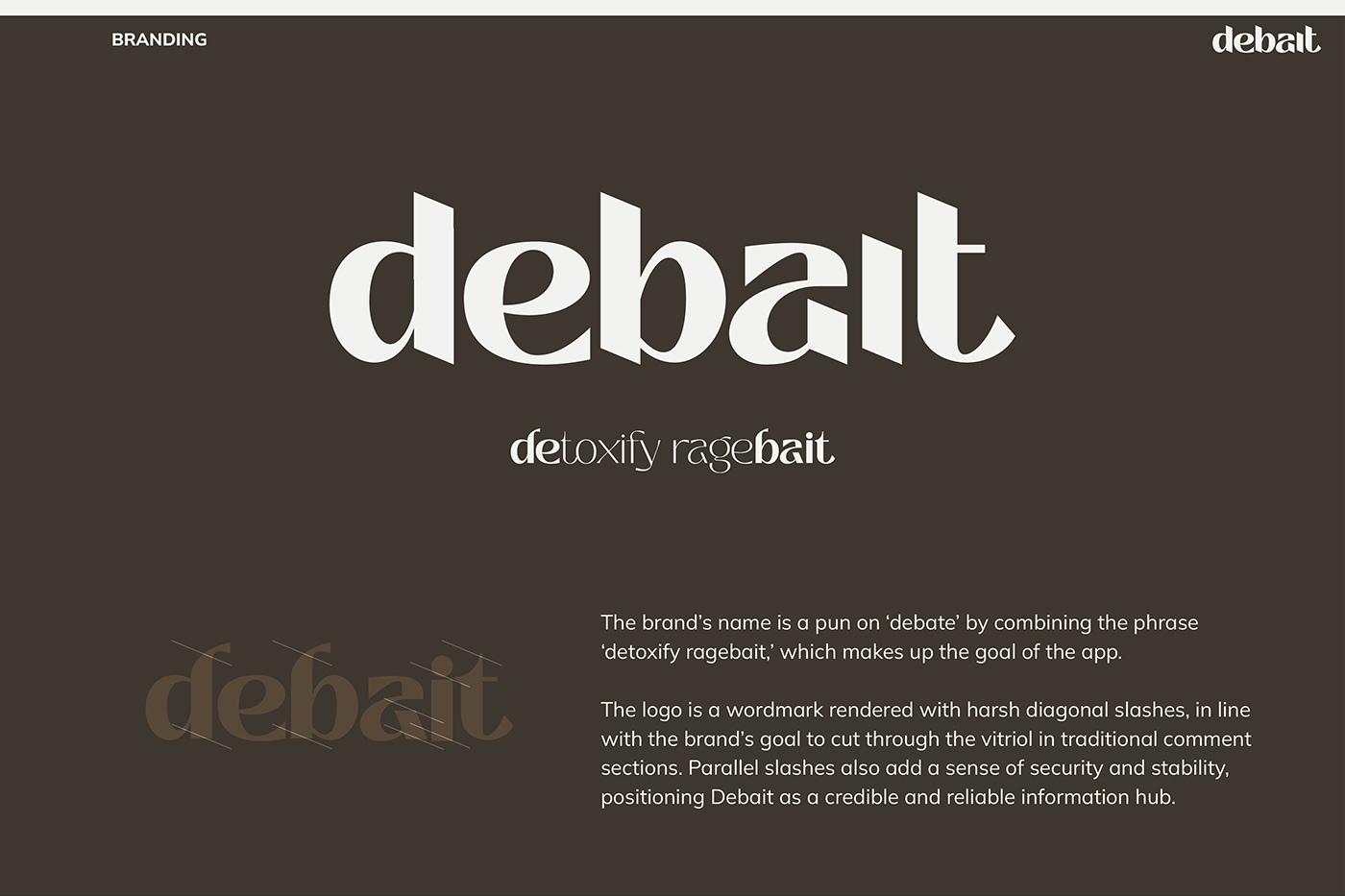 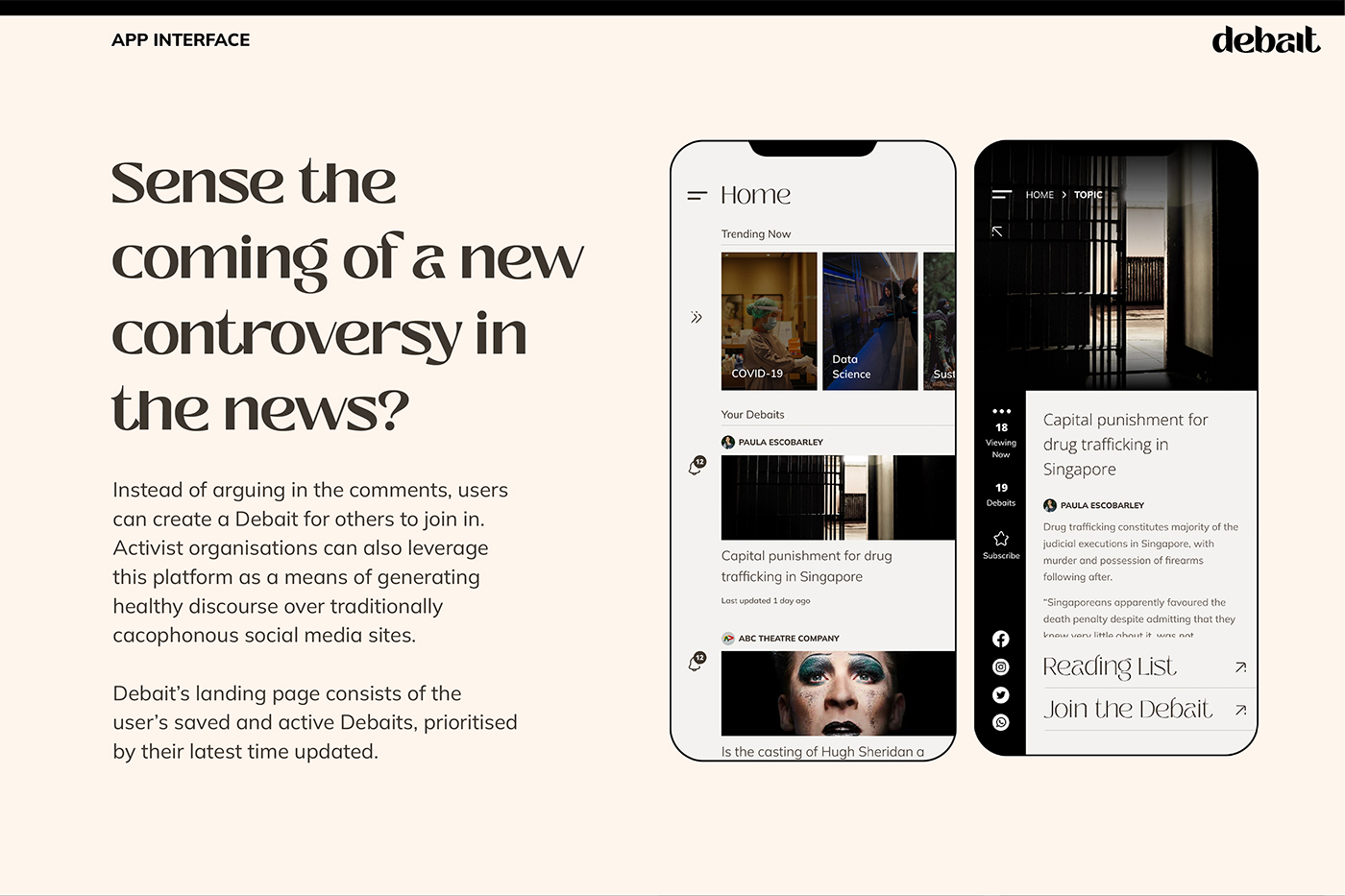 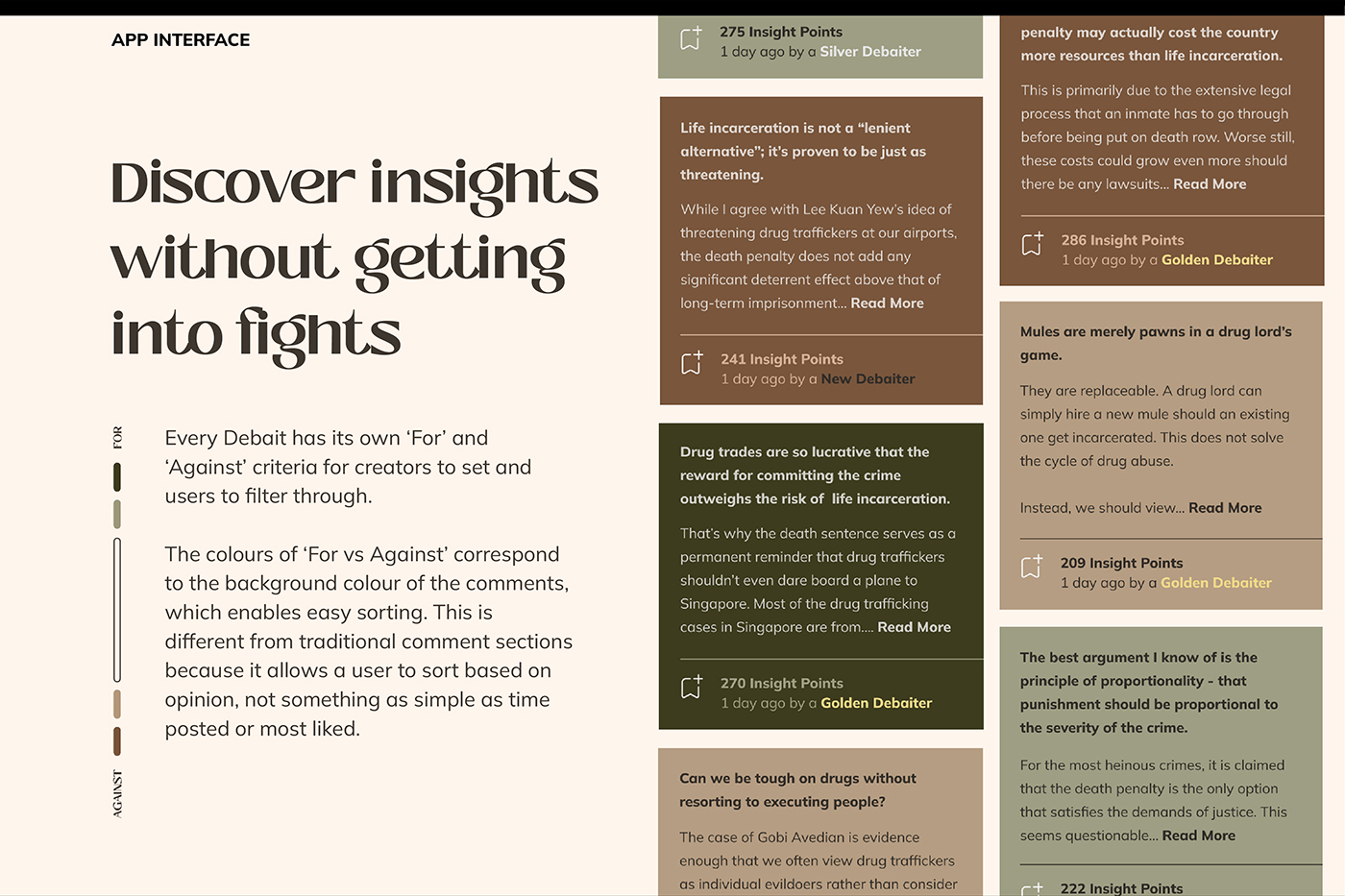 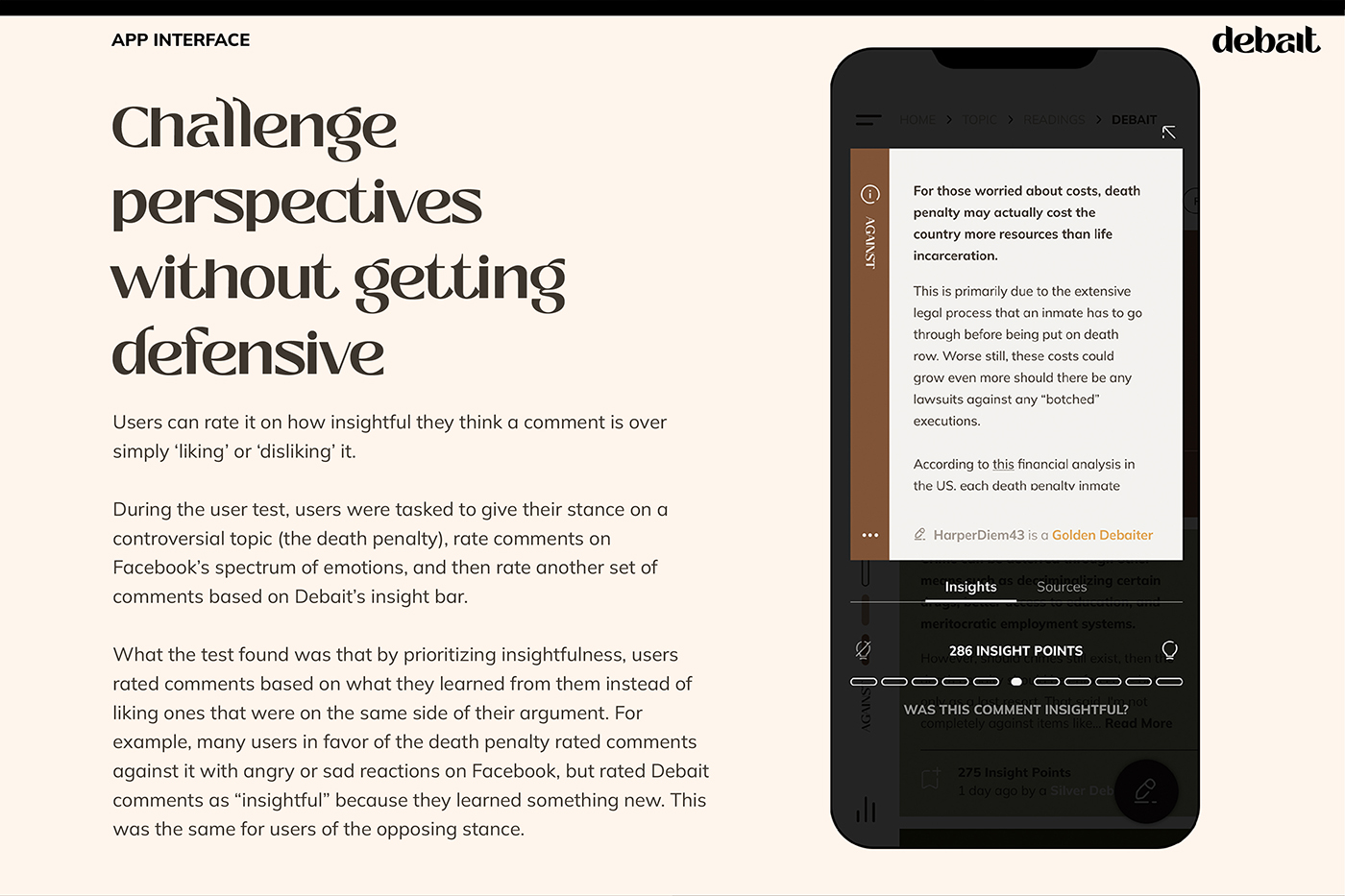 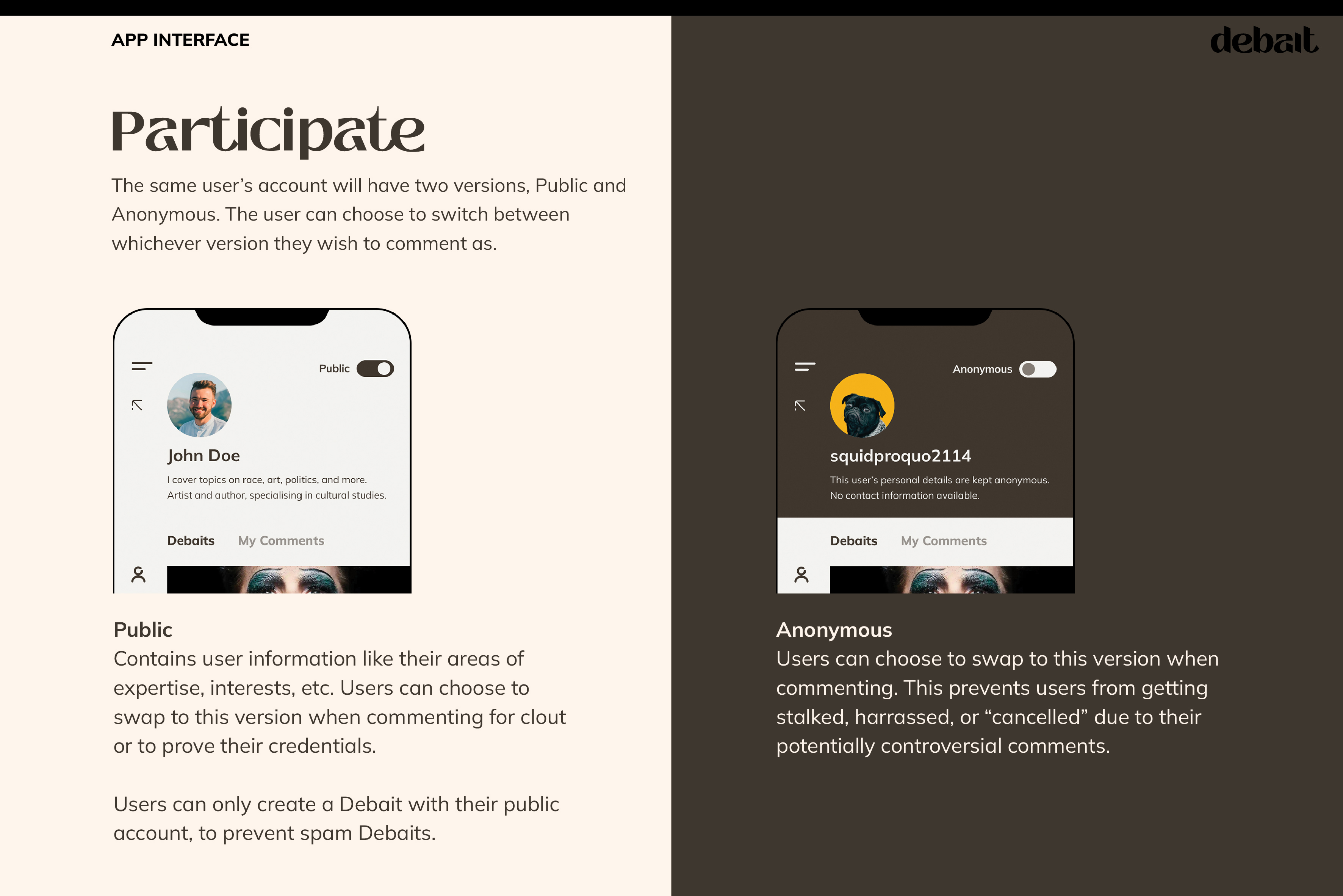