With Social Media’s growing influence and reach in the recent years, it’s integration into modern society has made it the go-to platform for many users to gather knowledge on foreign topics/ cultures/ trends. However with social media’s emphasis on appearances, the portrayal and discussion of ‘ideal appearance standards’ has steadily increased, where users who possess certain physical attributes are either idealized or shamed. This promotes warped and unhealthy narratives surrounding these appearance standards which may potentially mislead viewers into adopting negative perspectives or extreme habits that impact their body image and well-being.

Handsomely Absurd is a project that aims to address the narratives of social media’s unrealistic appearance standards faced by young male viewers primarily aged 16 - 24 years old and visualize the absurdity that surround these narratives through the usage of comics that illustrate highly exaggerated scenarios taken from examples from social media. 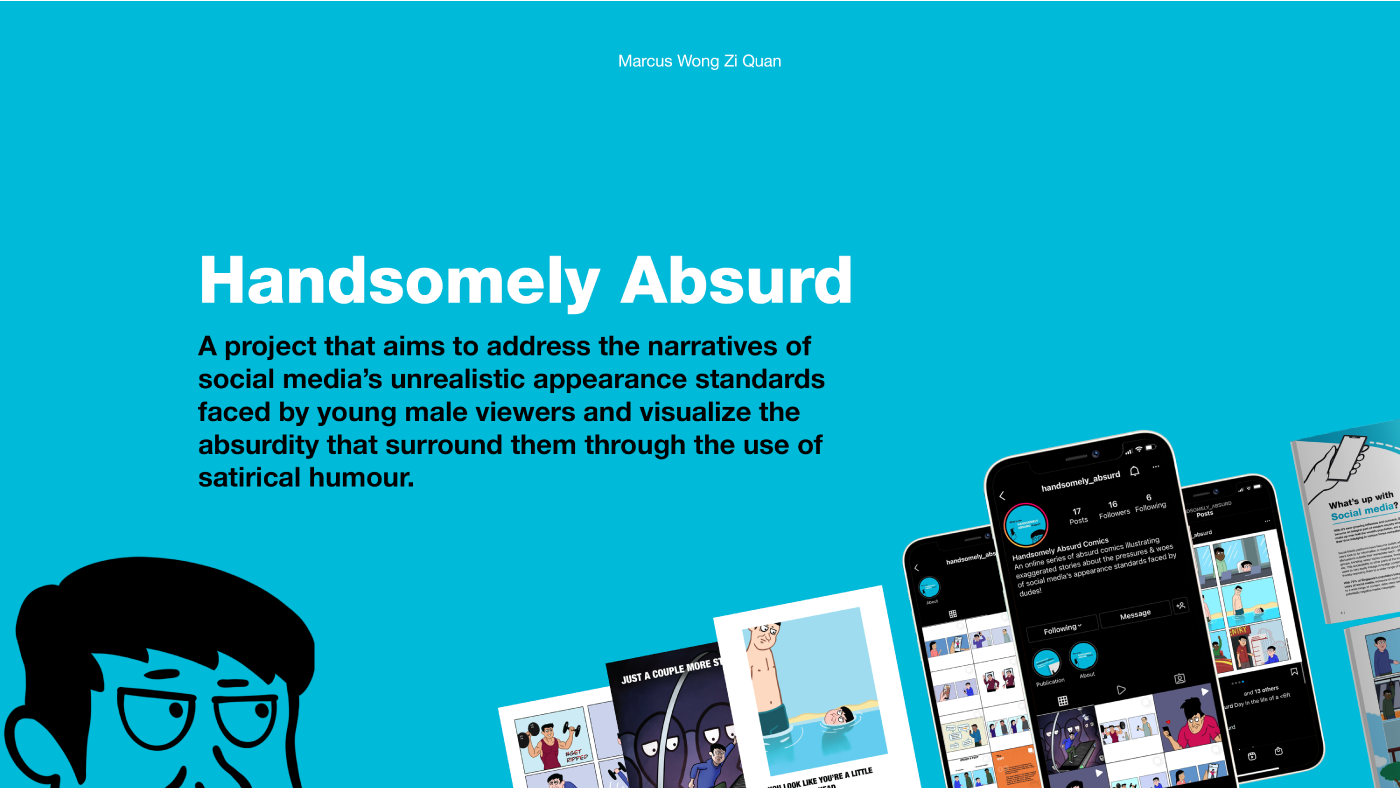 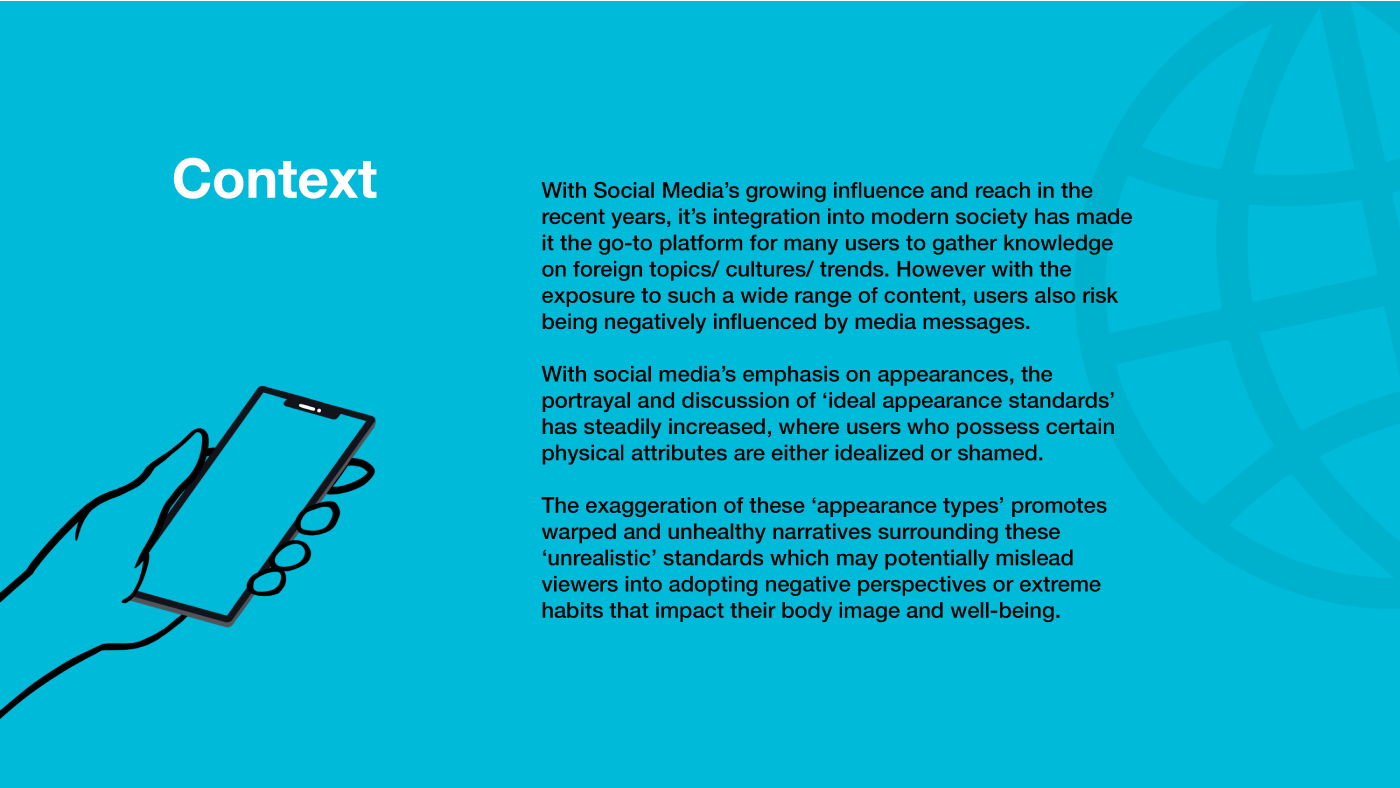 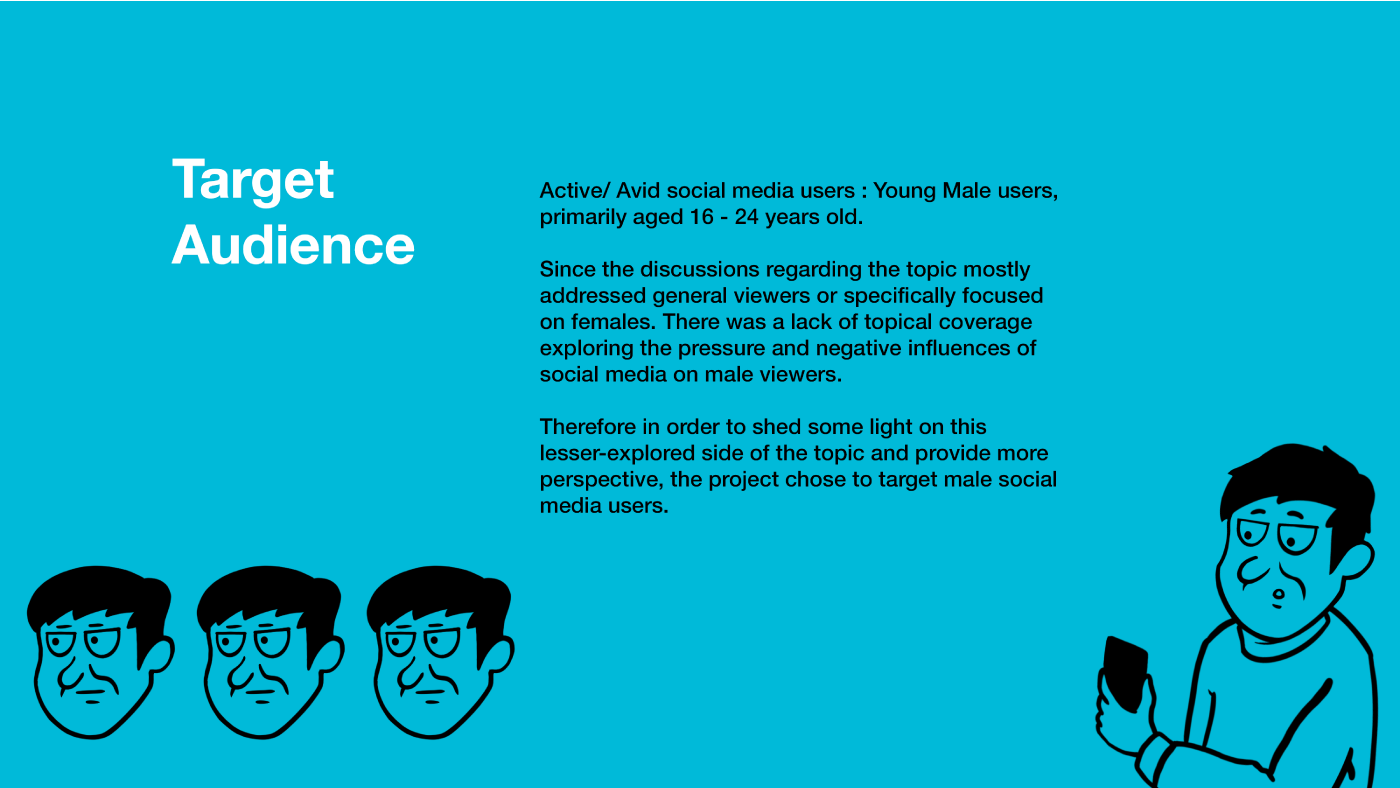 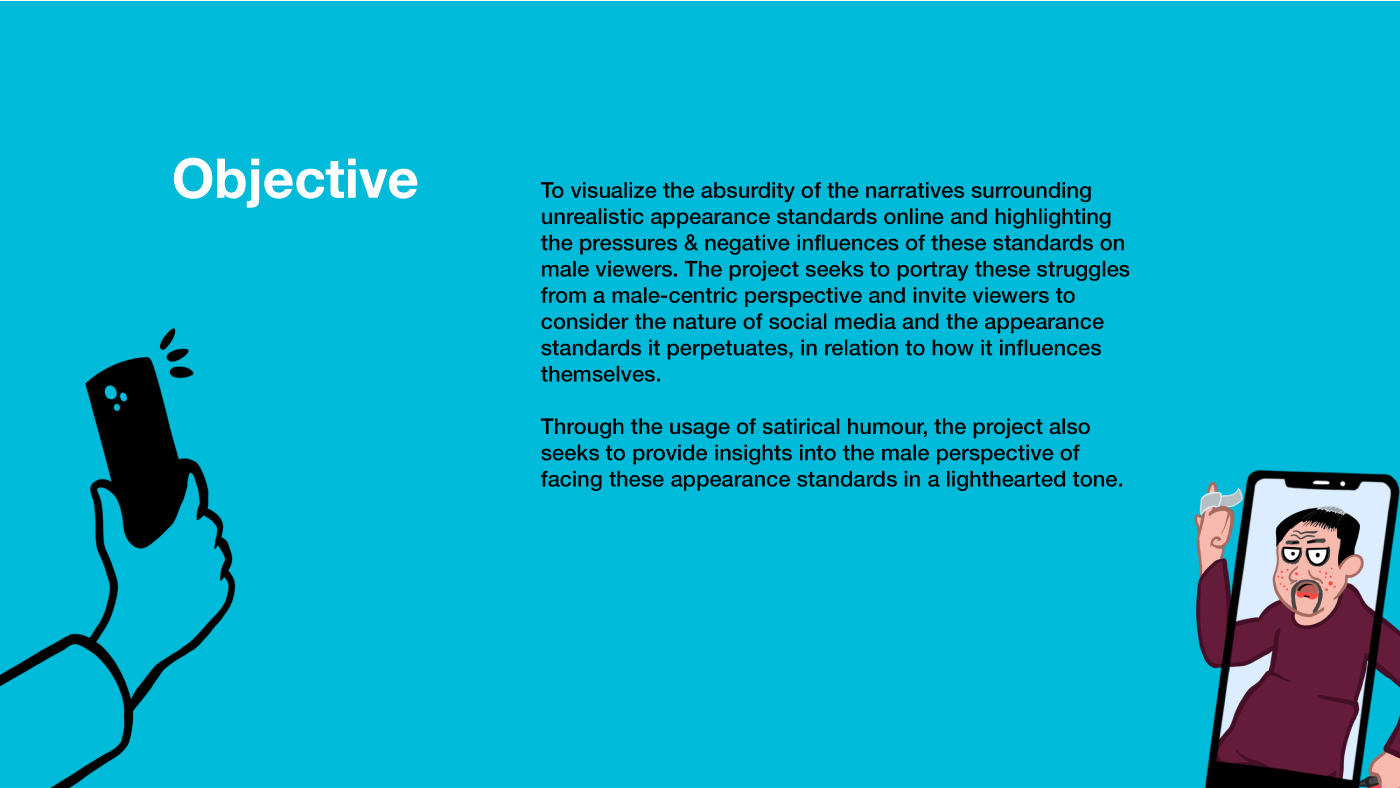 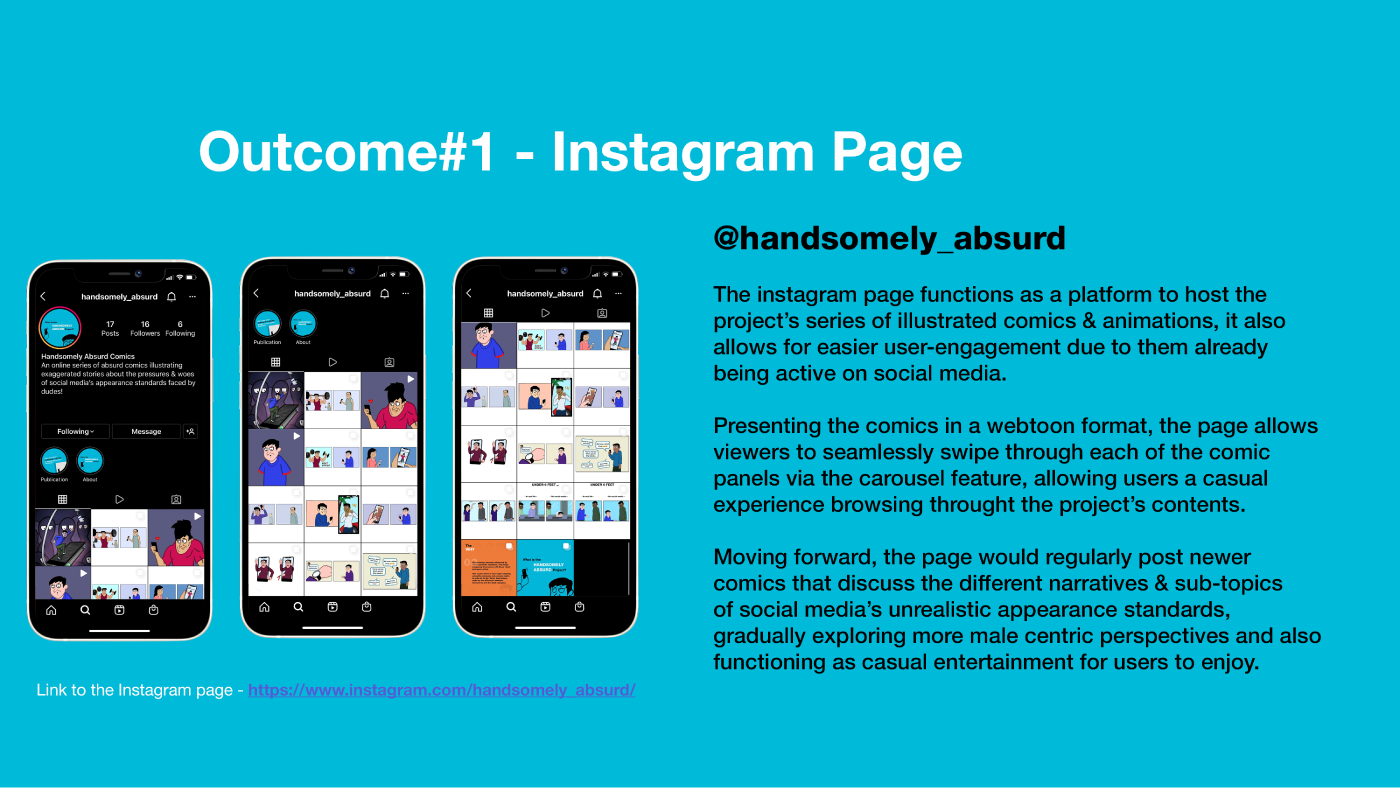 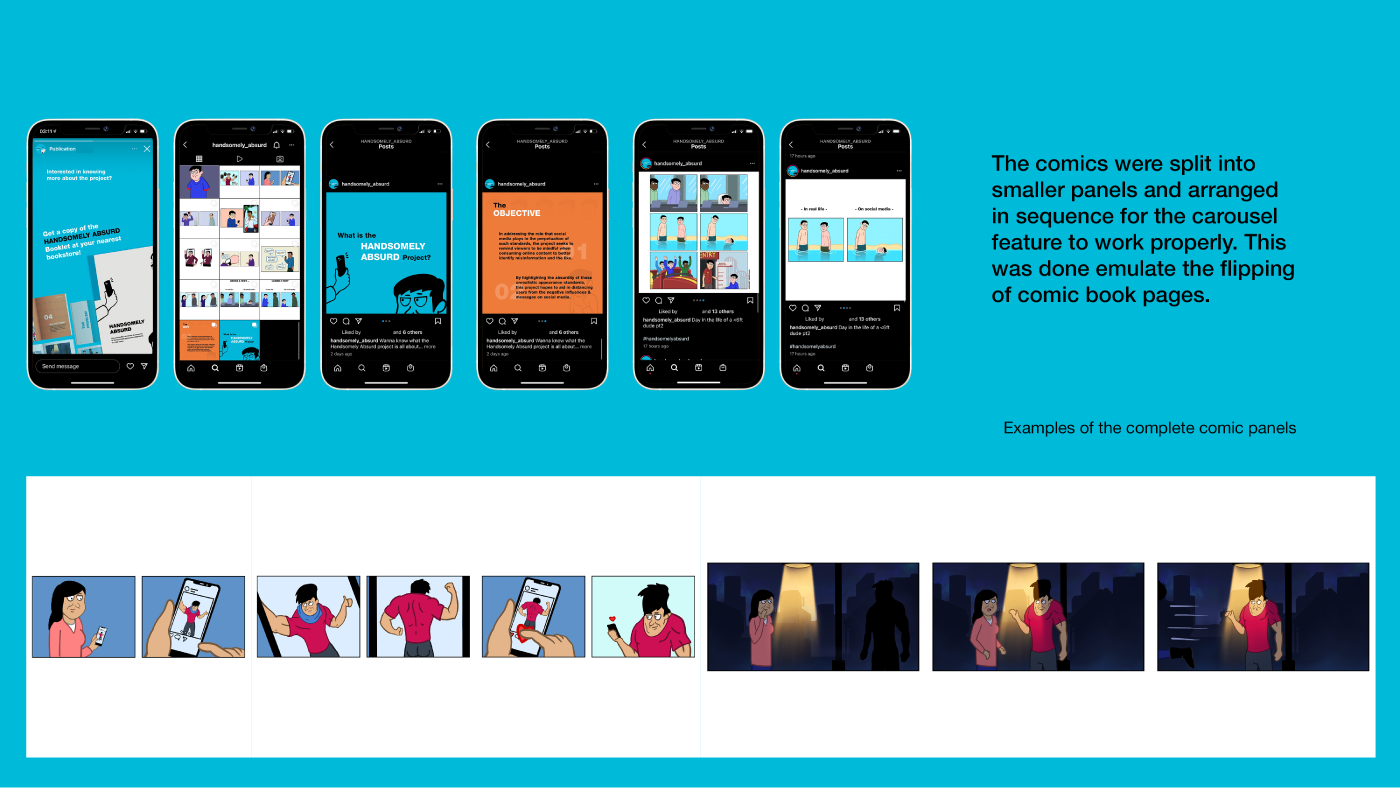 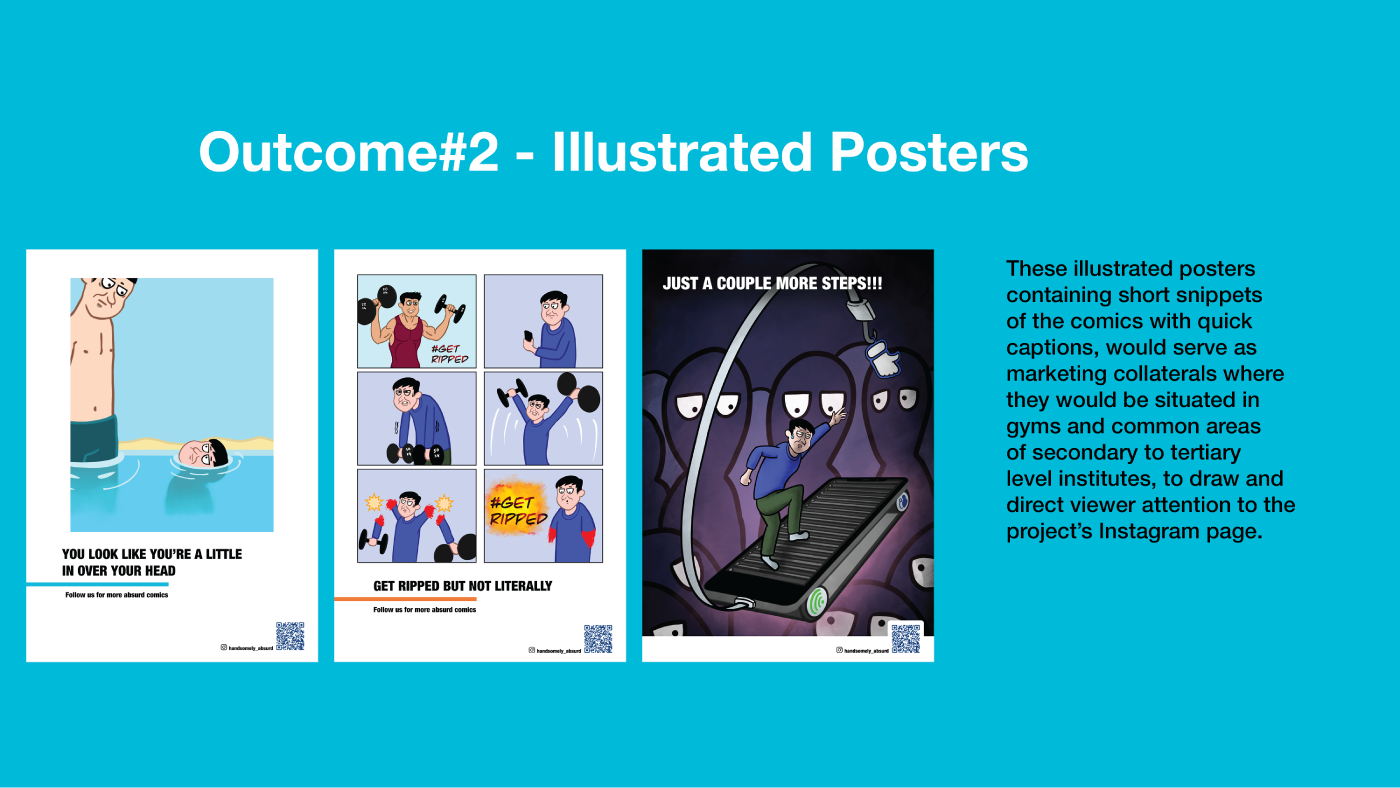 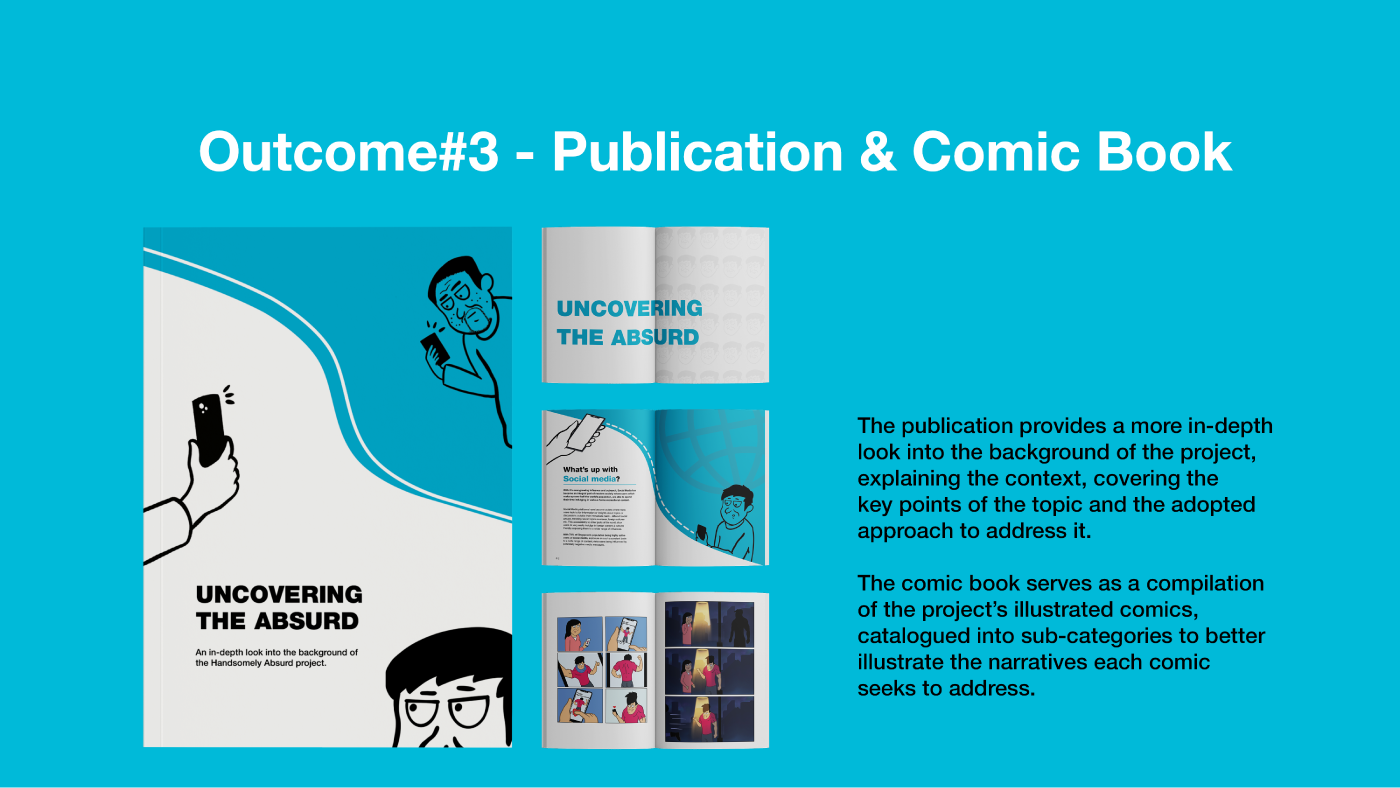 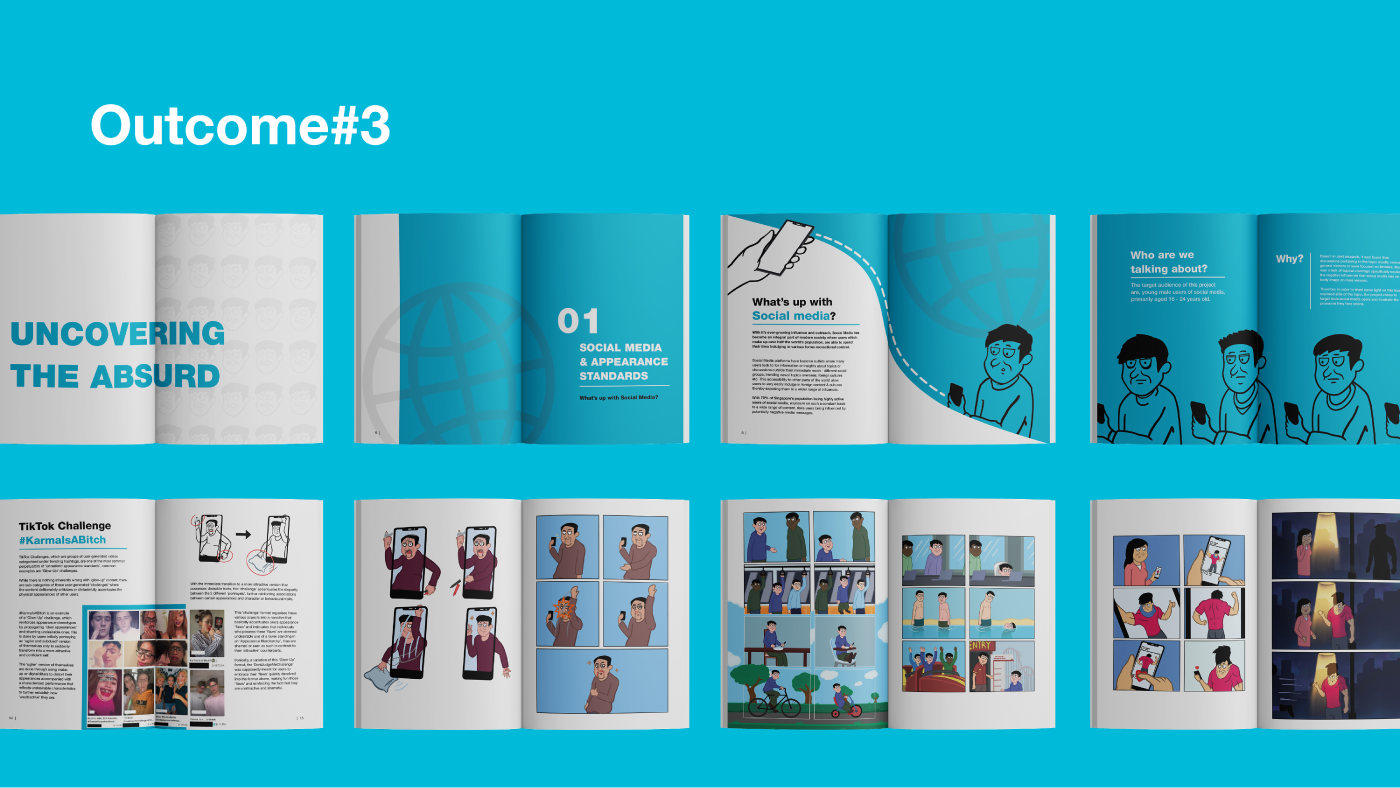