Dogs have appeared in countless media representations from advertisements to films. The media utilise them as a medium to communicate certain objectives. Even though dogs may appear to hold agency as the main protagonist in such representations, it may not be the case. After all, the narrative directly stems from humans communicating their own intentions. Therefore, this project seeks to re-represent dogs by limiting humans from the active role in representations of dogs. The deliverables will visually communicate different pet dogs interactions and ways of expression. By doing so, this project hopes to encourage existing dog owner communities to become more engaged in the communicative efforts in a human and dog relationship by being more aware of their perspectives and behaviours. 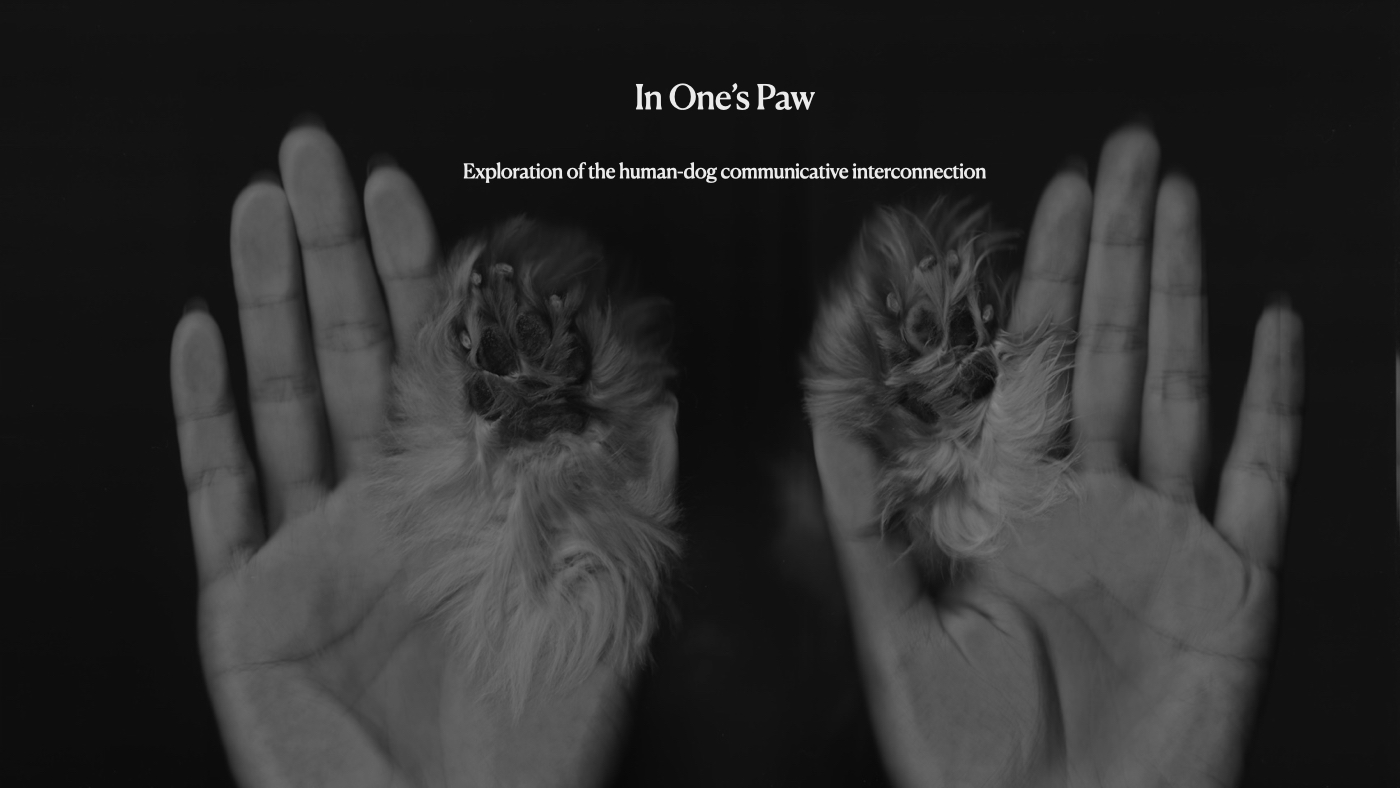 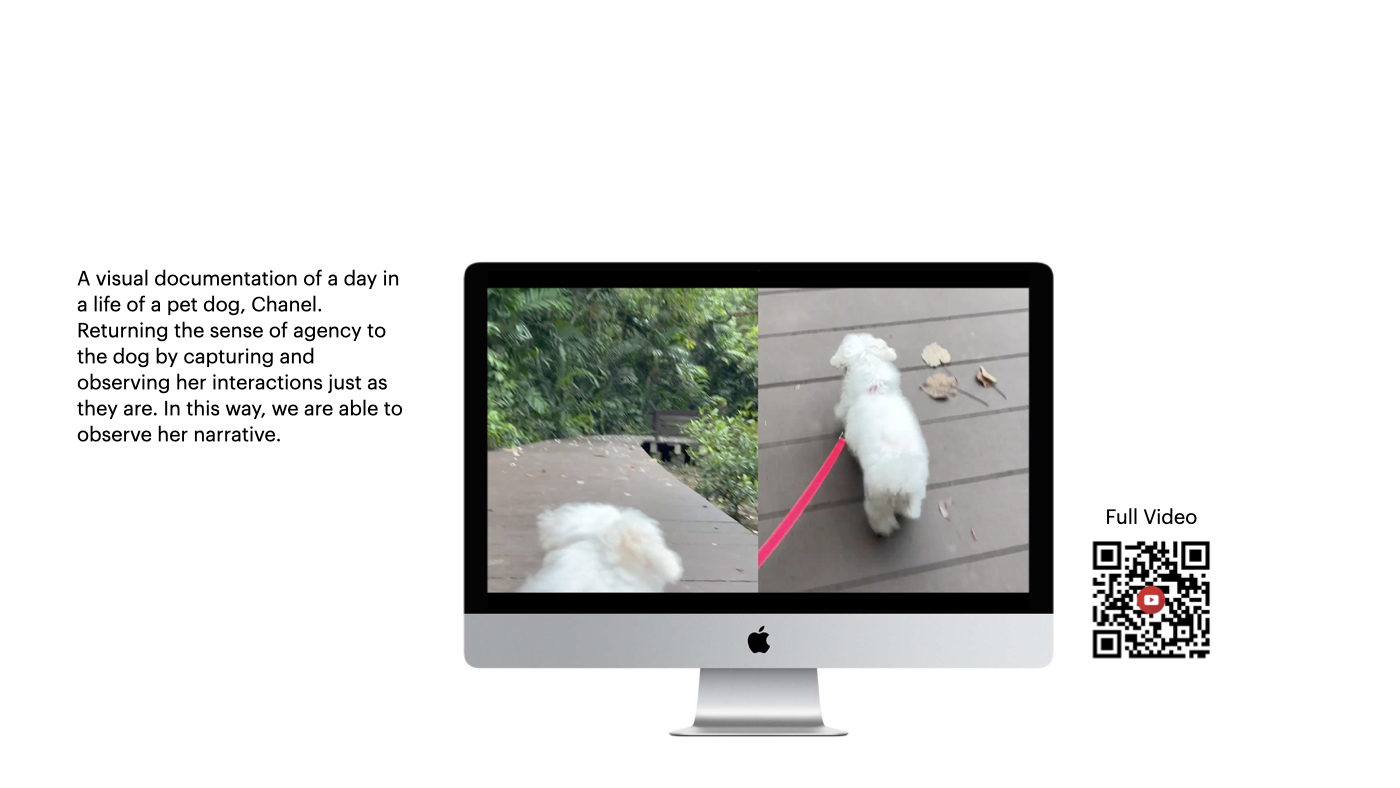 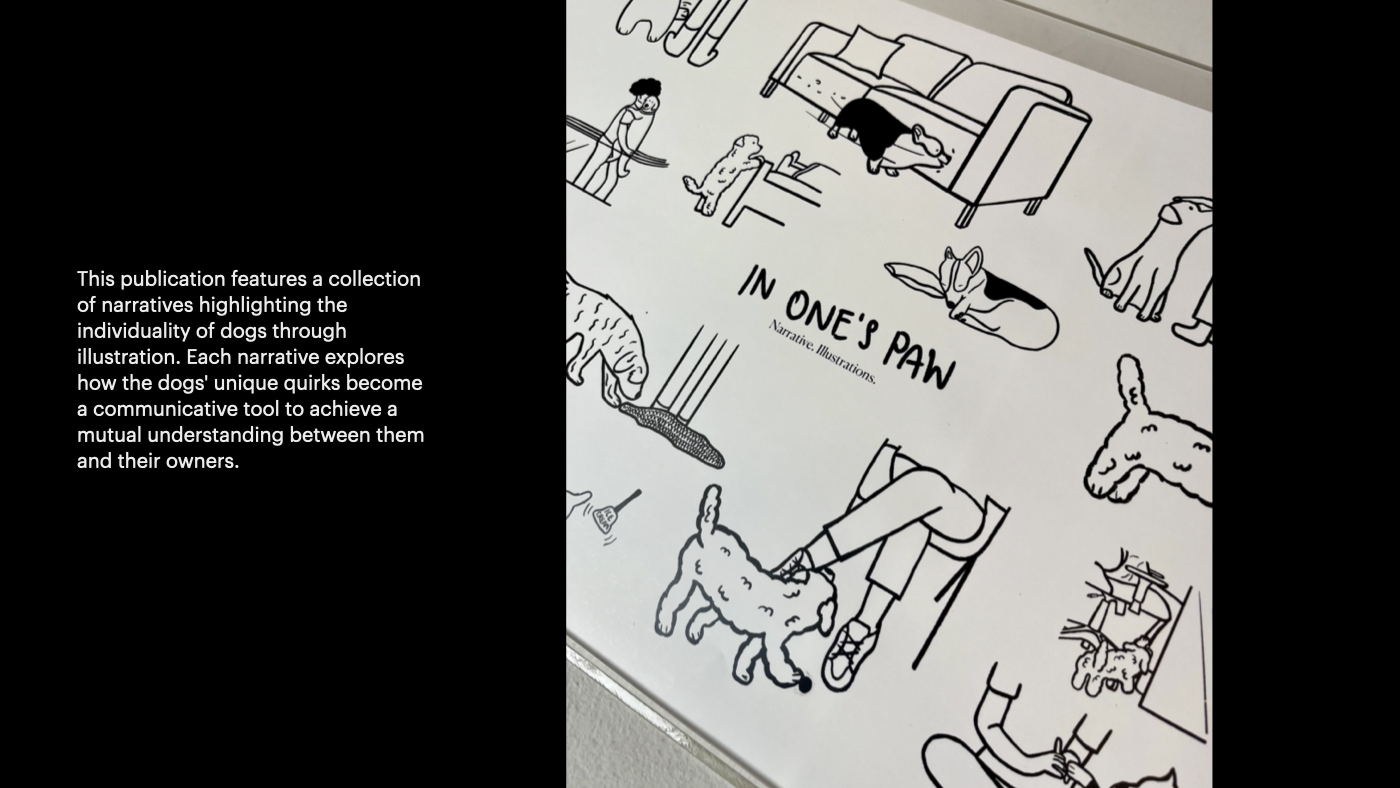 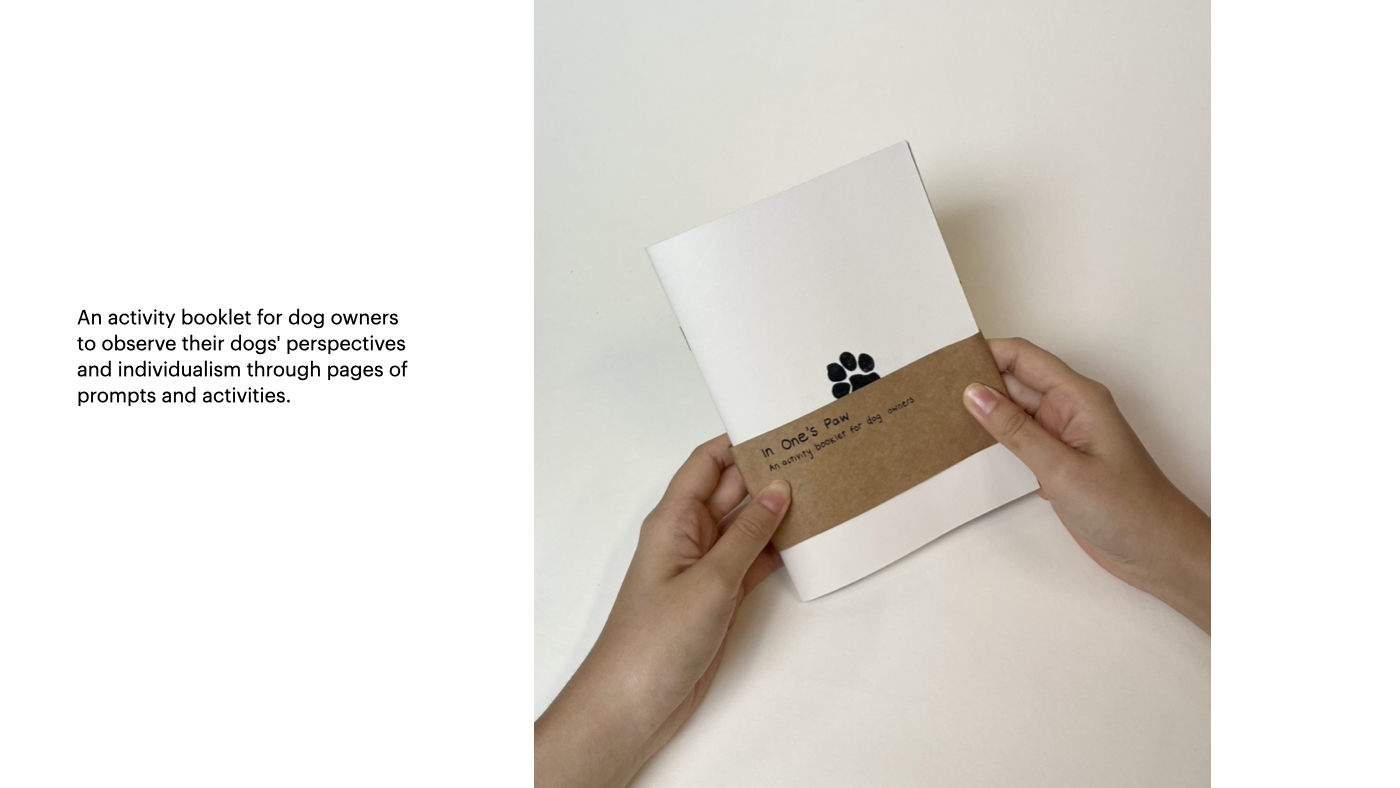