Heavy Metal For The Lighthearted

There appears to be a clear divide between the perceptions of the general public towards metal music, and the outward representation and ideals of metal musicians and listeners. Interviews and surveys show participants above 45 expressing their hatred towards the genre, with a large number of them being Christians and mentioning how the churches influence affects their perception that this genre of music is from the devil and how subliminal messaging can influence their children to be evil.

The target audience selected are conservative Christians aged 45 & above, with a more conservative outlook in their faith. Through conducted surveys and anecdotal evidence, it is observed that Christian mothers of this persona appear to be most outwardly opinionated towards metal music and are acutely closed in their mindsets and negative about this musical genre and subculture.

This project seeks to create an awareness of the positive aspects of metal music. This is done through the Metal Doctrine, which identifies areas where metal artists have made a positive impact towards our environment and society. The positive aspects are also
expressed through narratives in the 8 testimonial booklets by other metal listeners that talk about how the music has made a positive change in their lives. An additional experimental artist album redesign of an existing metal album strengthens the notions that perceptions are affected by the imagery, ornamentation, and music tonality of such metal albums. 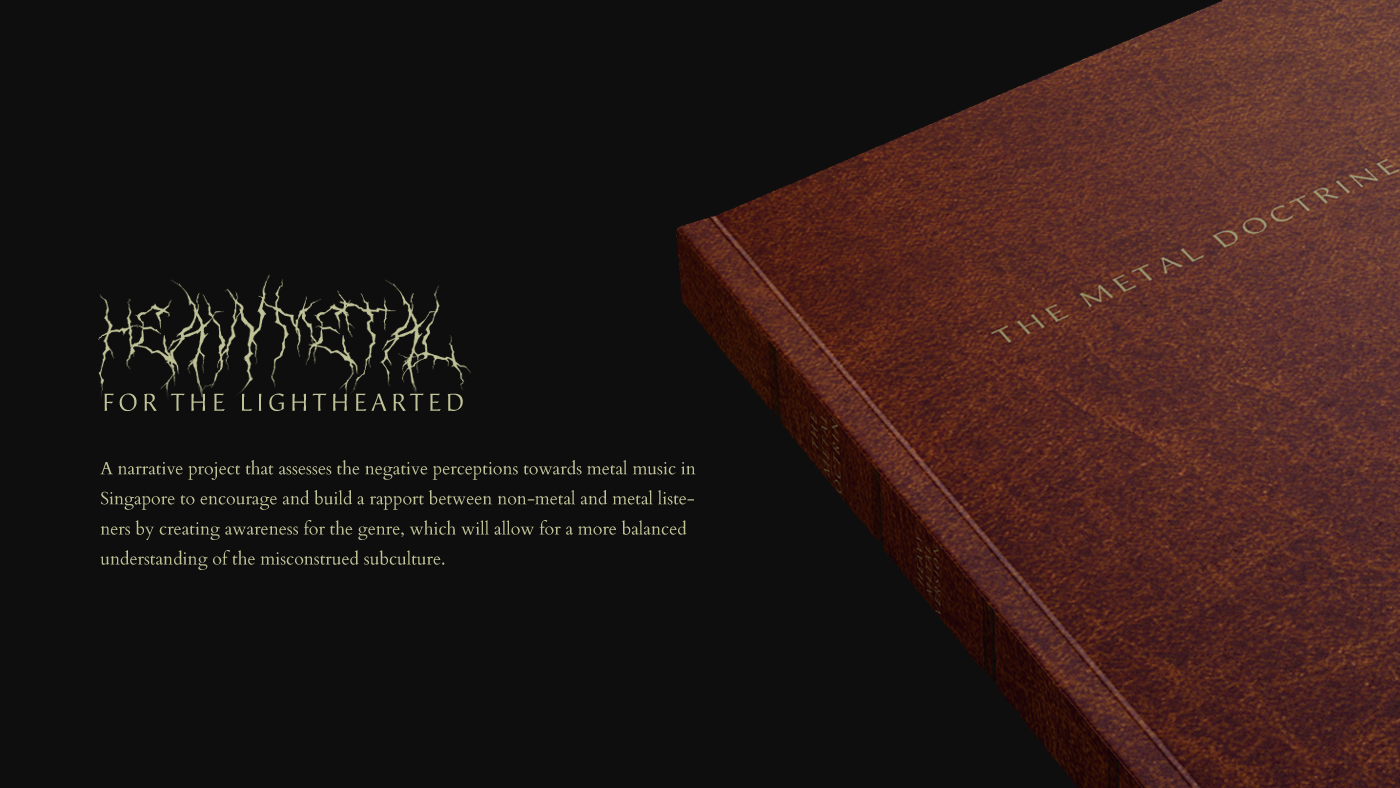 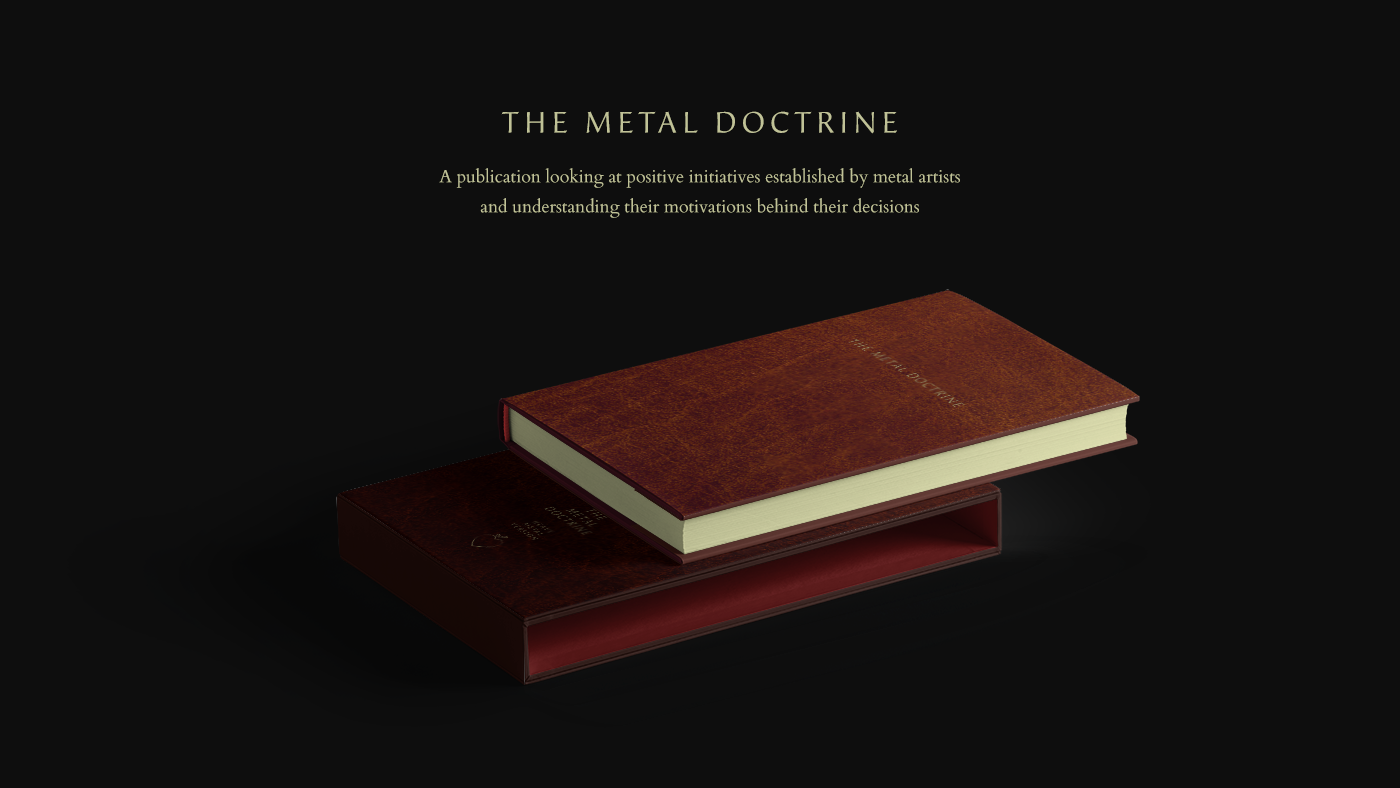 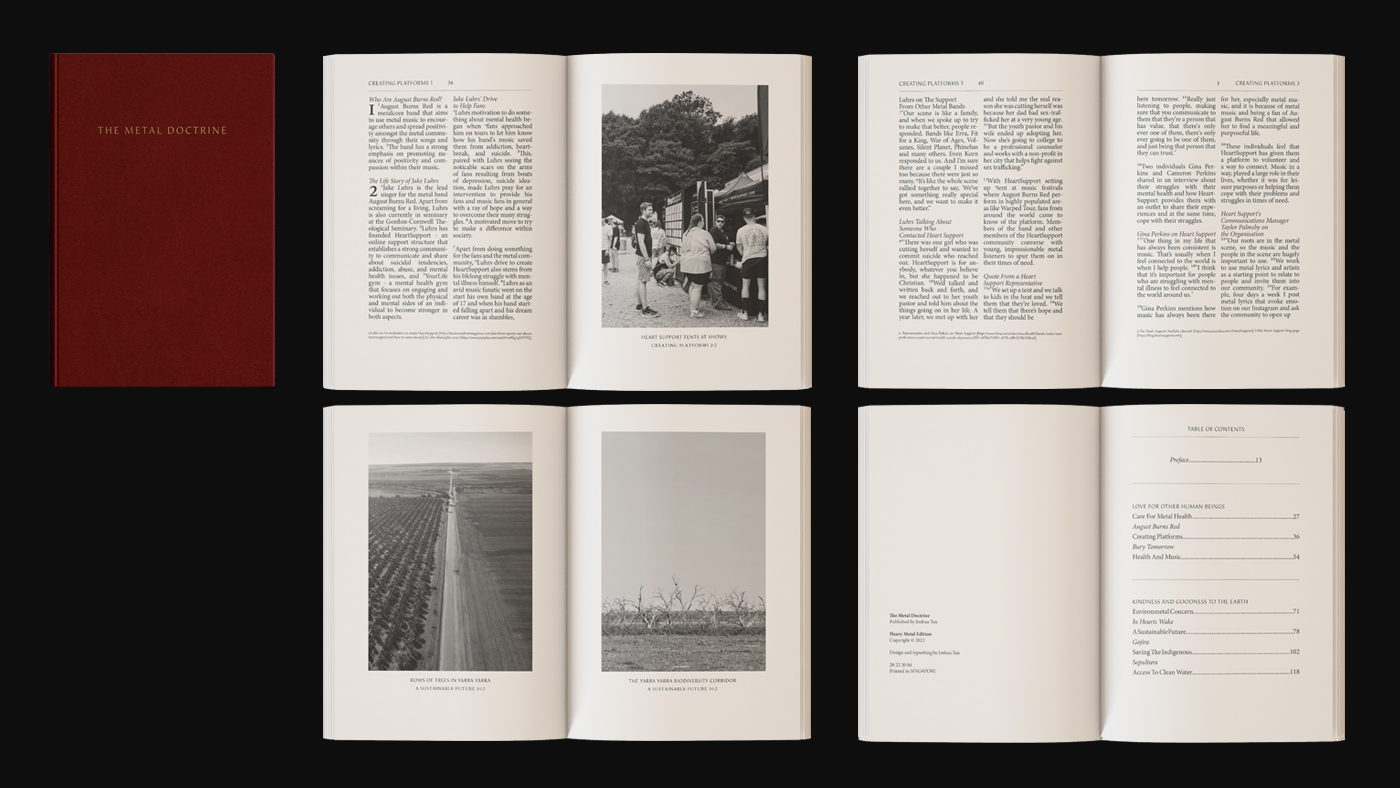 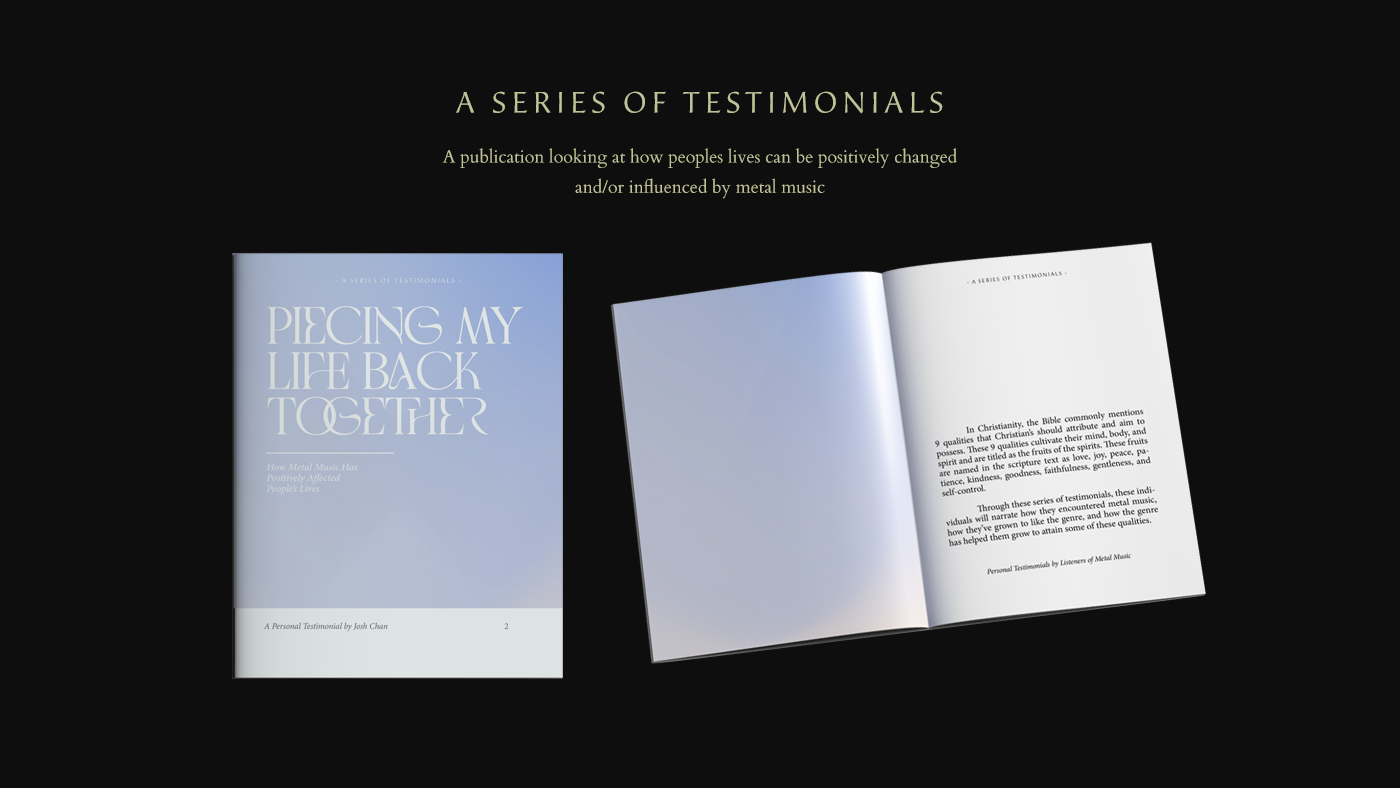 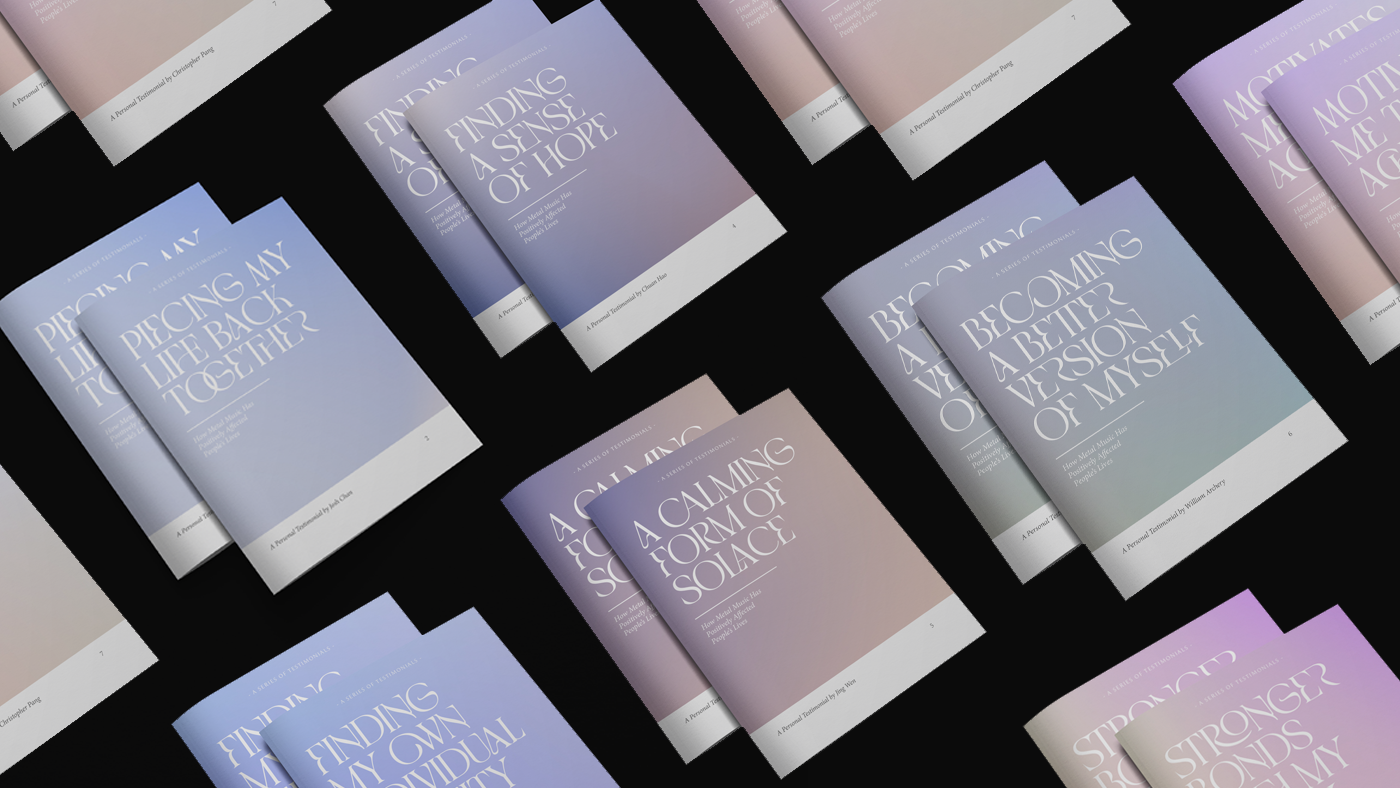 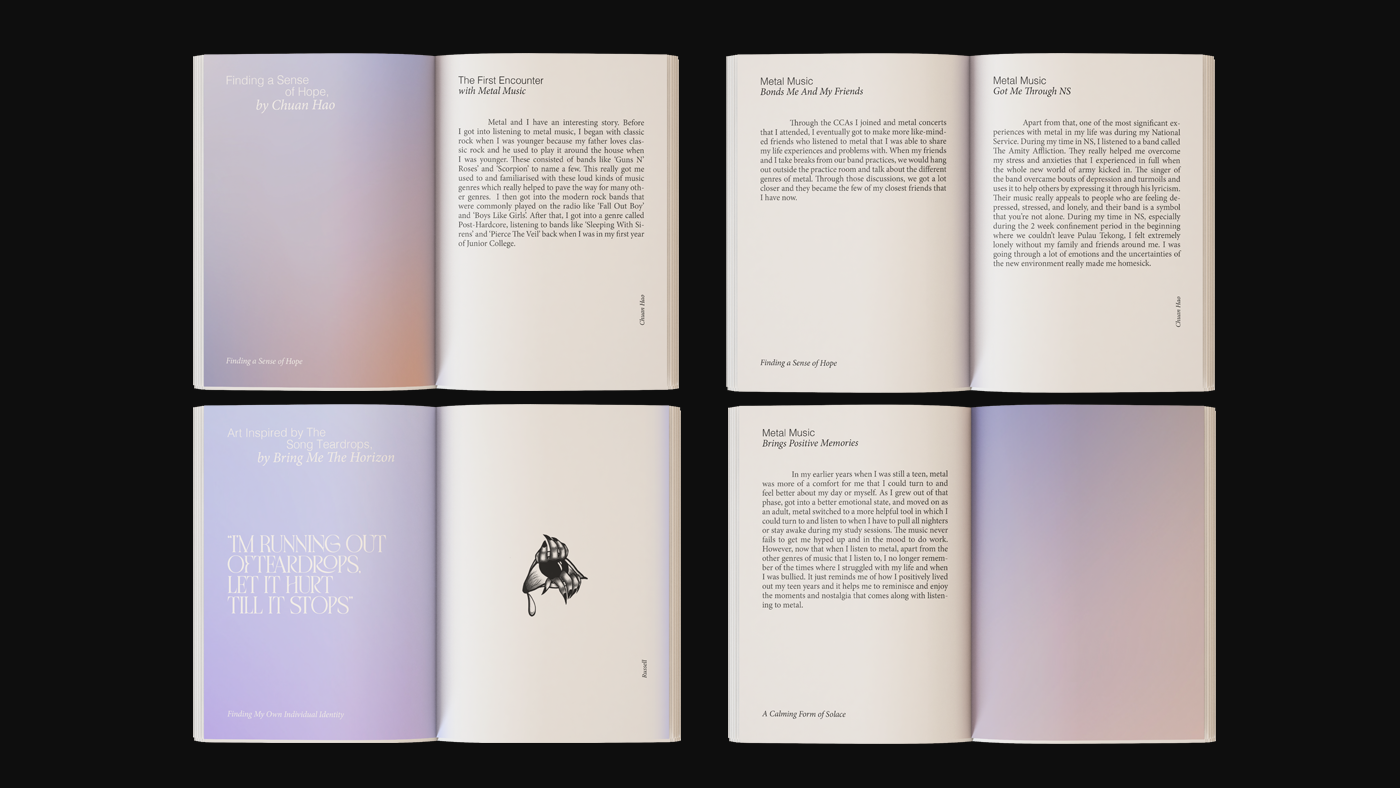 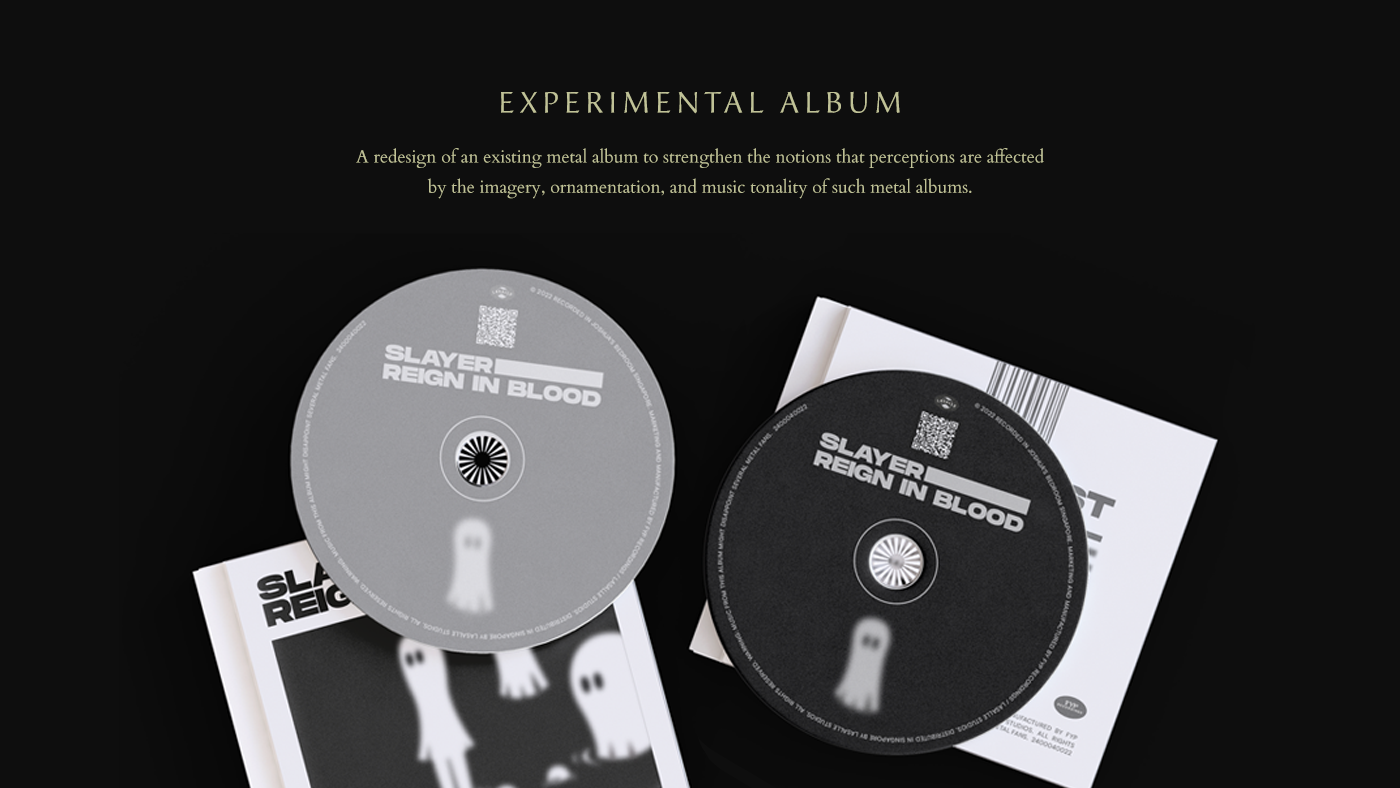 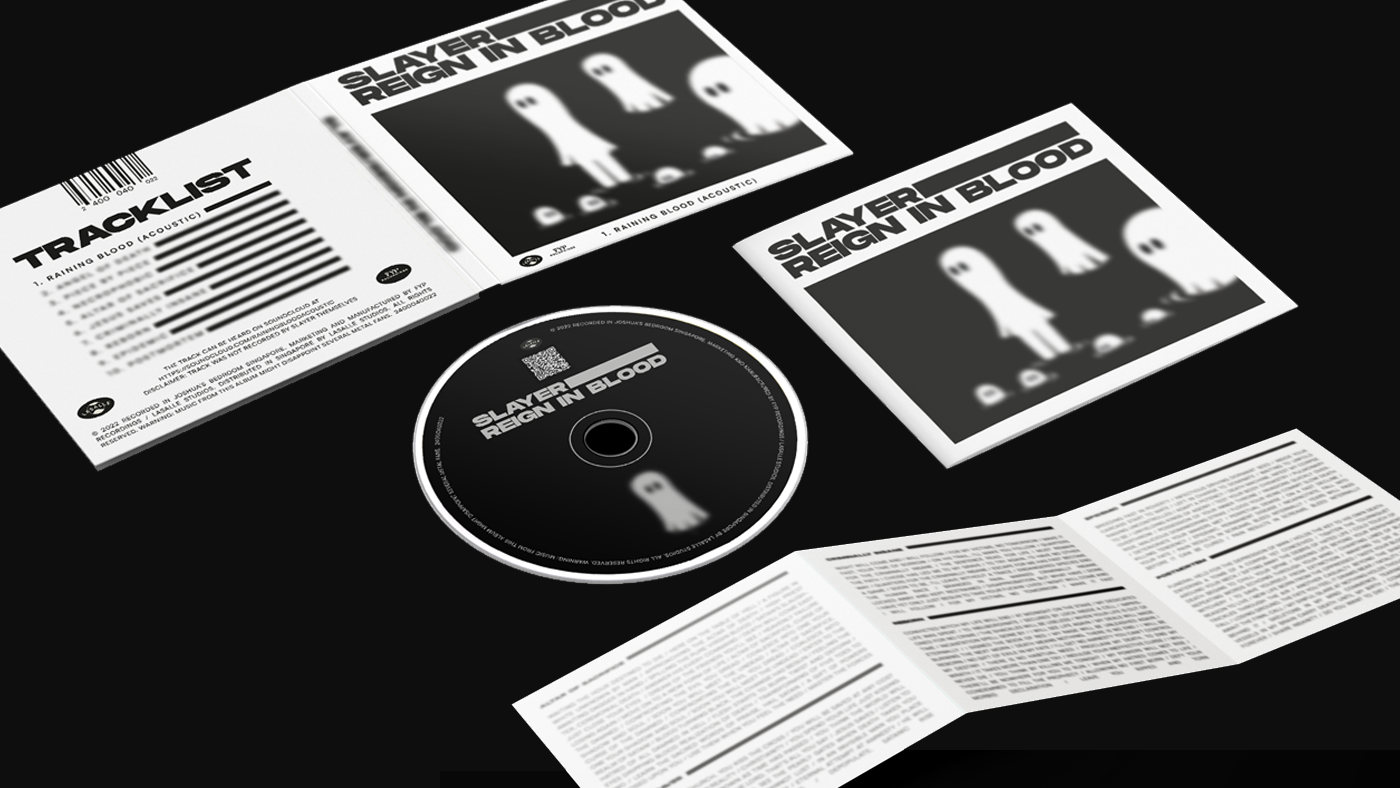