Singapore’s propensity for pragmatic re-inventiveness meant the usage of strong language interventions to manufacture an economically beneficial linguistic environment. The widespread learning of English and de-prioritisation of other languages effected a reconstruction of cultural identities and sociocultural attitudes. For some, this has led to a furthering from one's cultures of origin by default of participating in the knowledge communities founded upon the dominant language. This increases the probability of experiencing cultural alienation and other aspects of what is known as Cultural Cringe.

While Cultural Cringe is used to describe reactions manifesting out of believing one's cultures are inferior to other 'richer' cultures, it also encompasses other negative feelings that the culturally alienated feel toward their culture of origin. To contextualise these intangible concepts for those who feel a sense of disconnect from the local, these unintended outcomes of language transition are curated in designed mediums of communication. Far from Origin ultimately hopes to communicate aspects of the links between language and cultural alienation in Singapore with the intention of fostering deeper introspection and discussion about what connects Singaporean natives to their cultures in an ever increasingly English-speaking locale.

"Far From Origin" is the main publication presenting detailed project research, while "Language In-Forms" is a visual guide that translates the unique sound pattern of local languages into image graphics. "On Linguistic Insecurity" contains anecdotes from Singaporeans about feelings of anxiety, self-consciousness, or a lack of confidence surrounding their use of languages and finally- farfromorigin.info is an audio-visual repository presenting 40+ pieces of data obtained through an inquiry into how language transitions can contribute to cultural alienation. 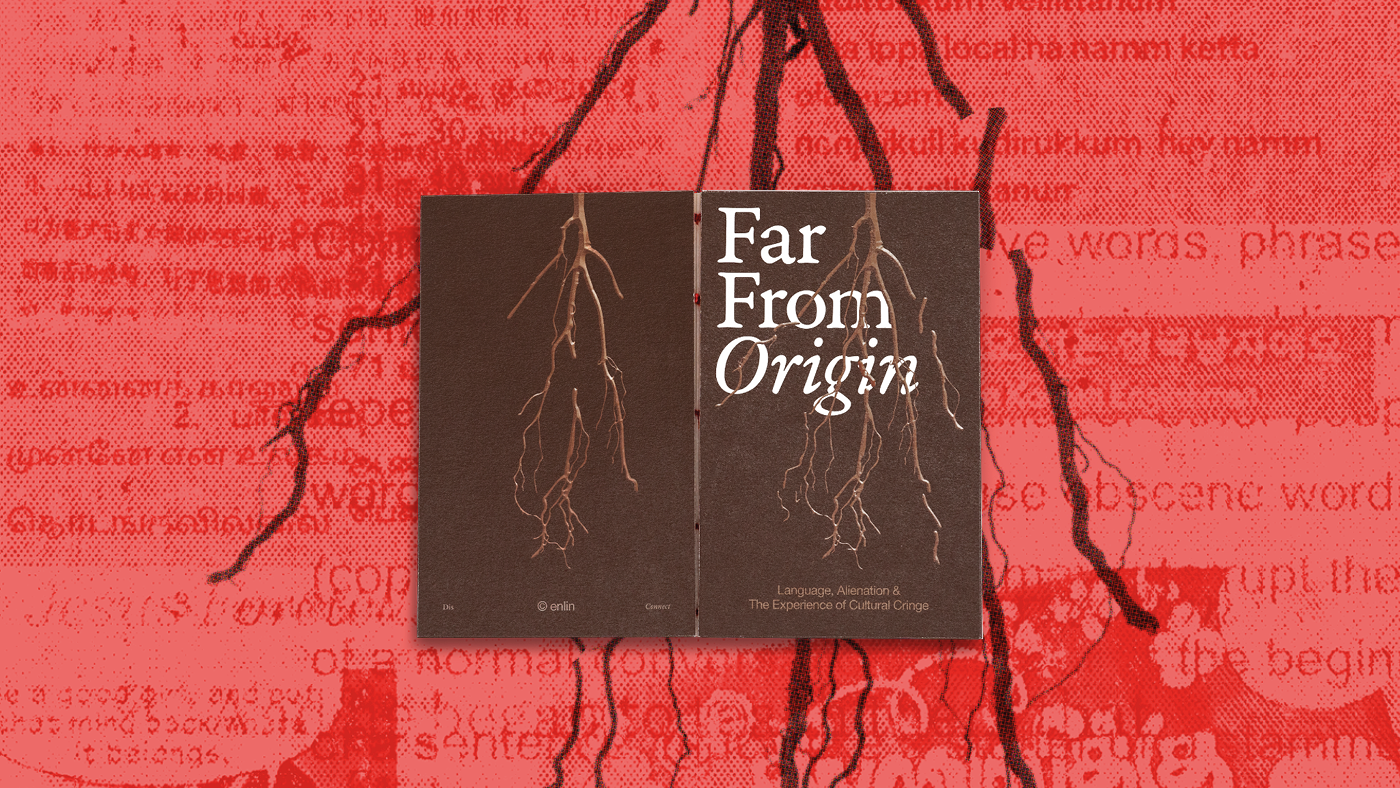 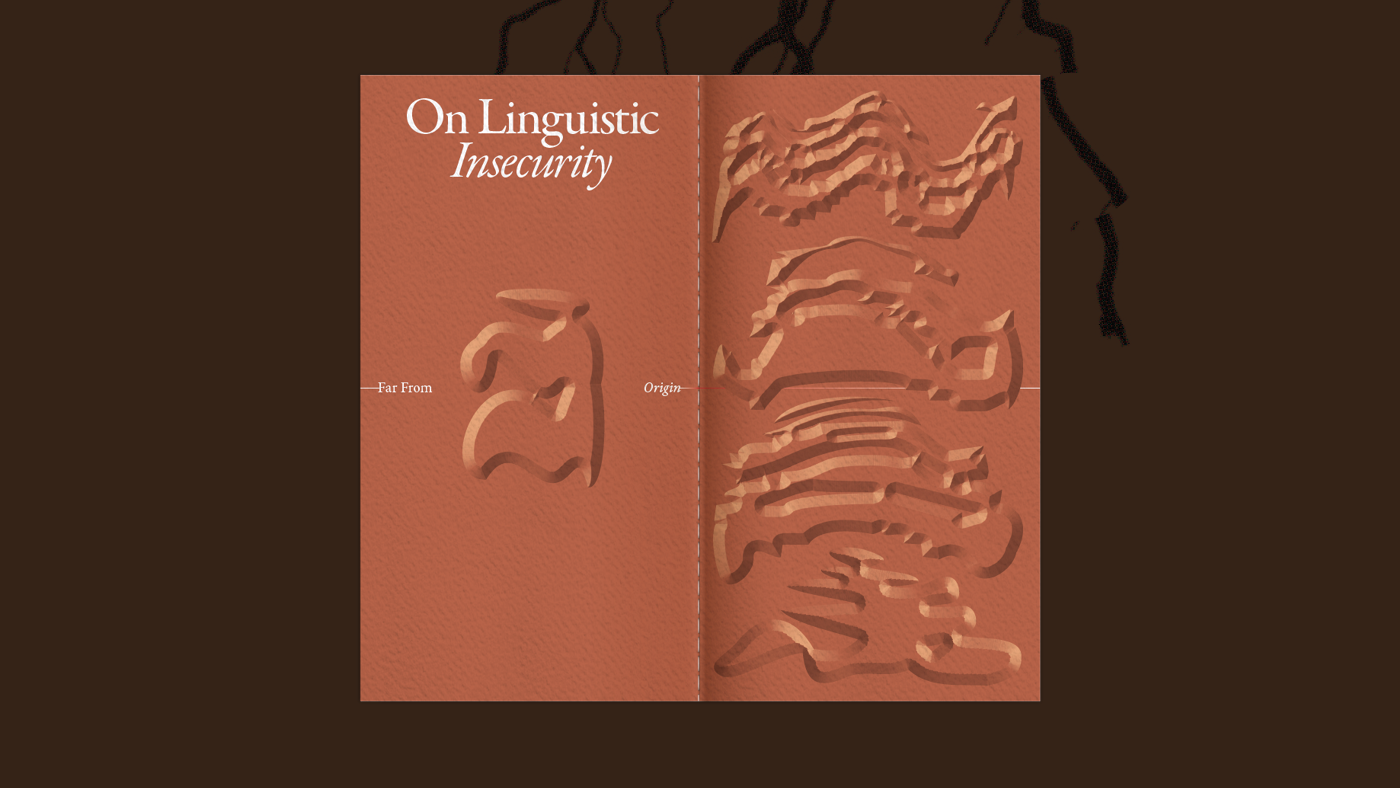 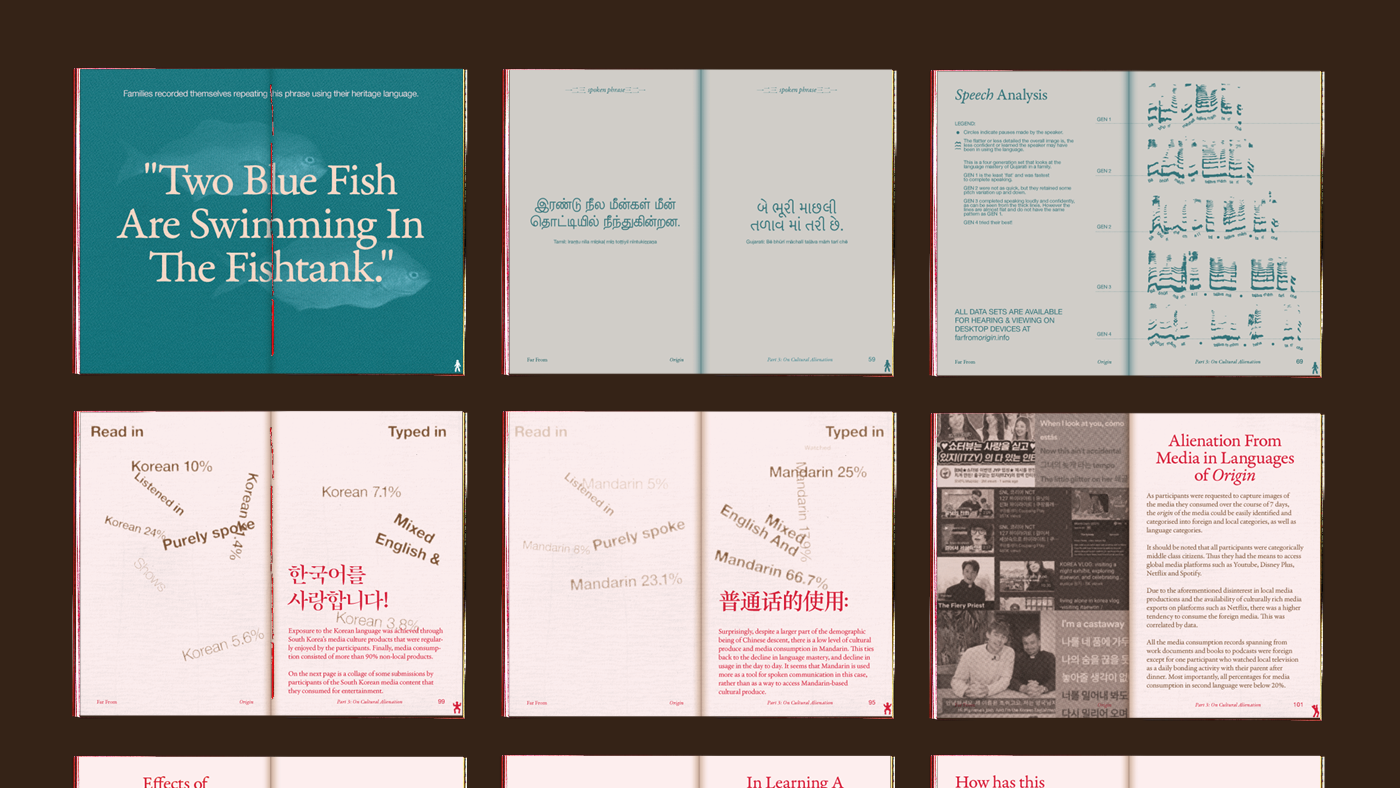 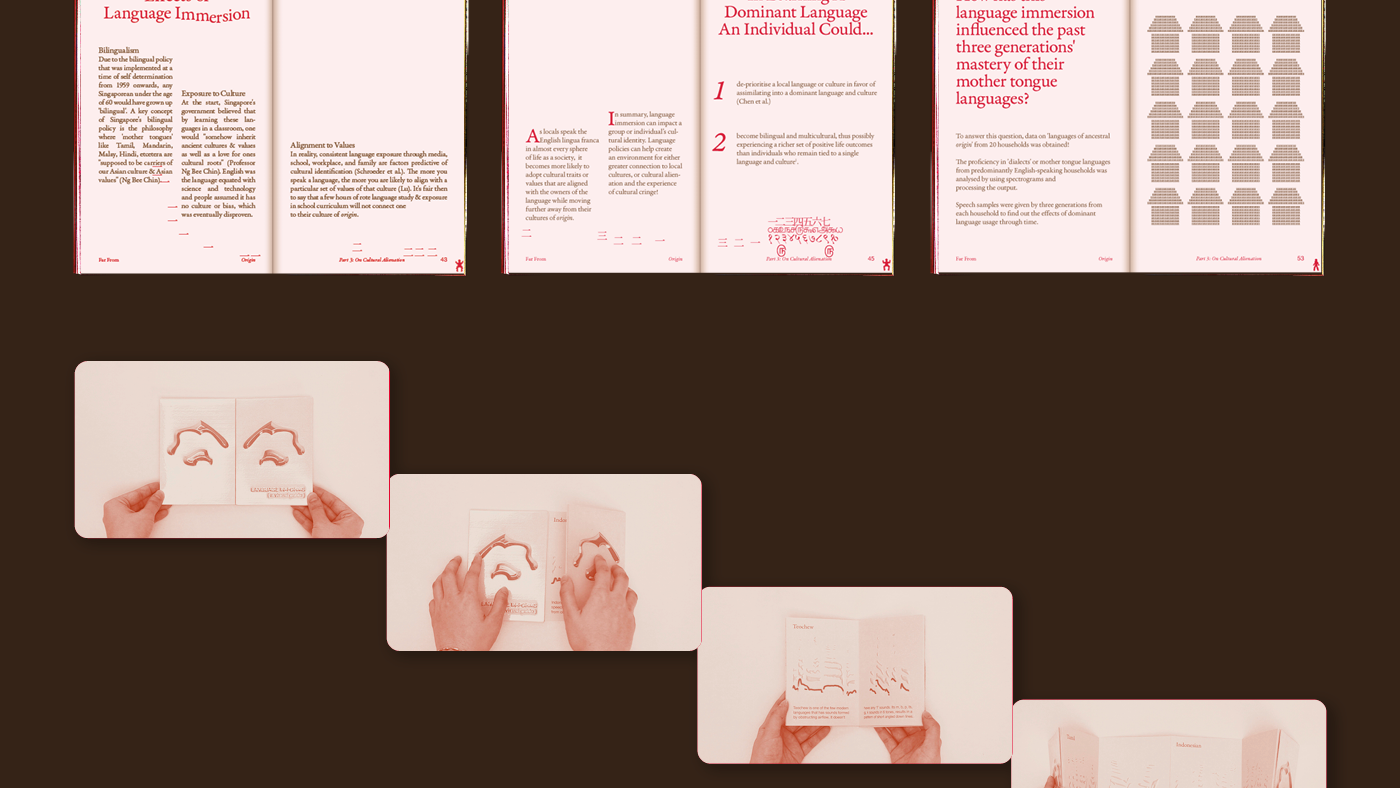 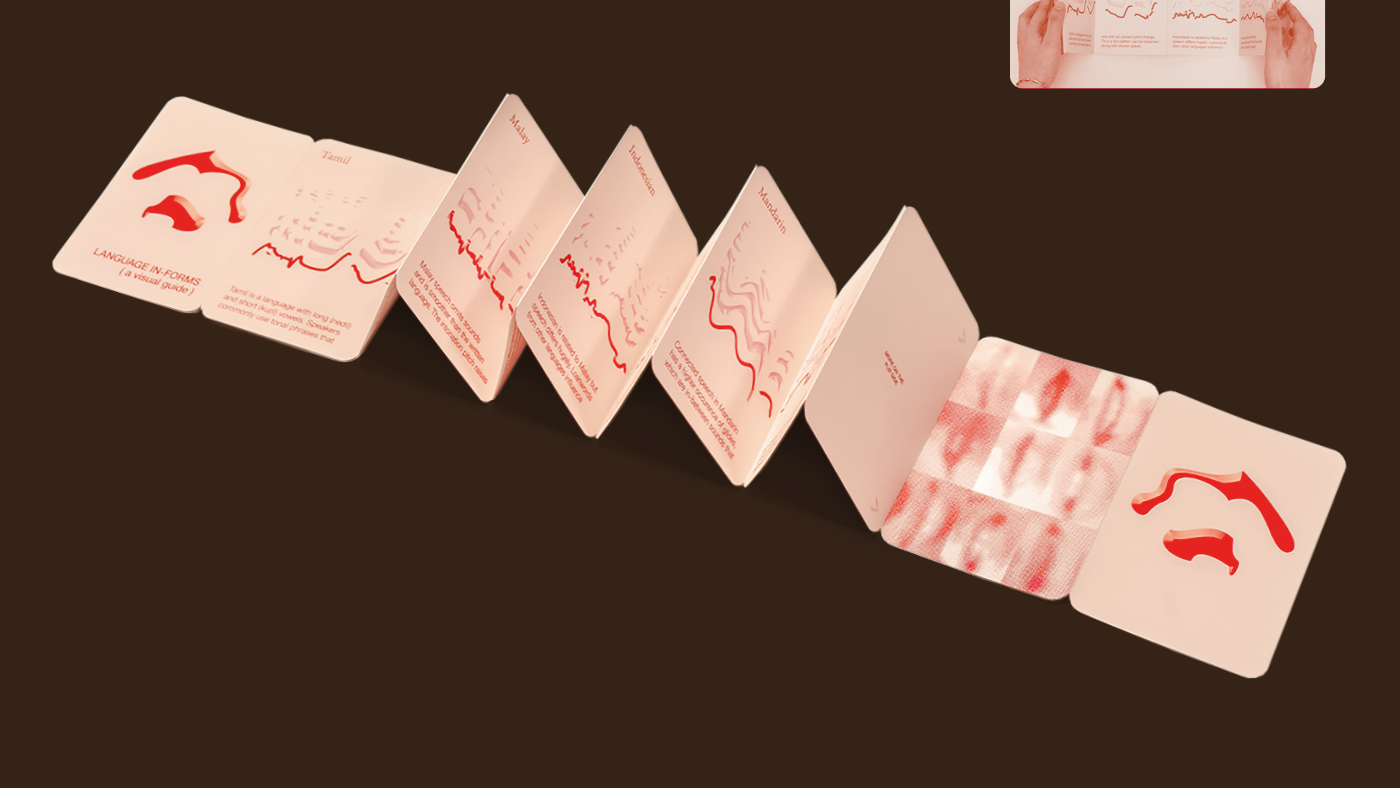 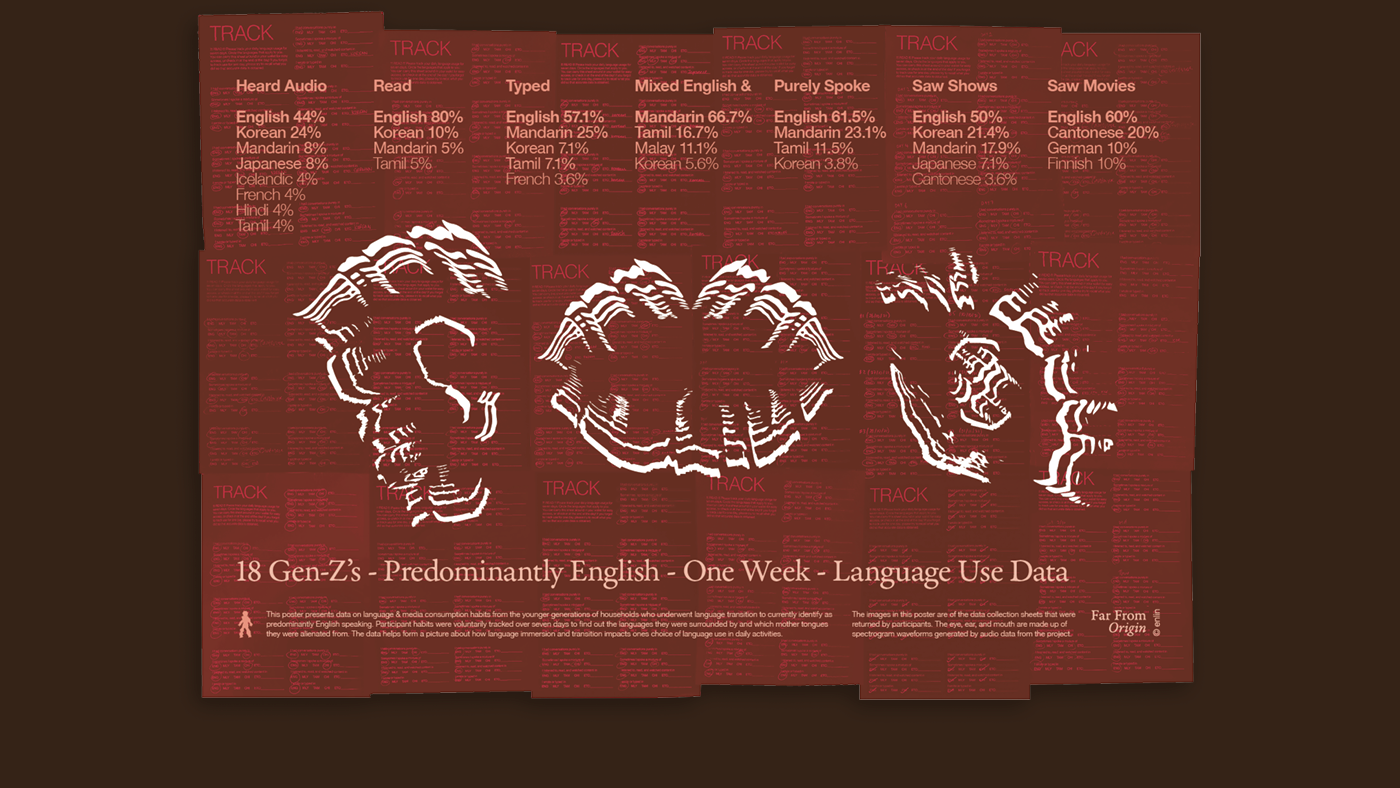 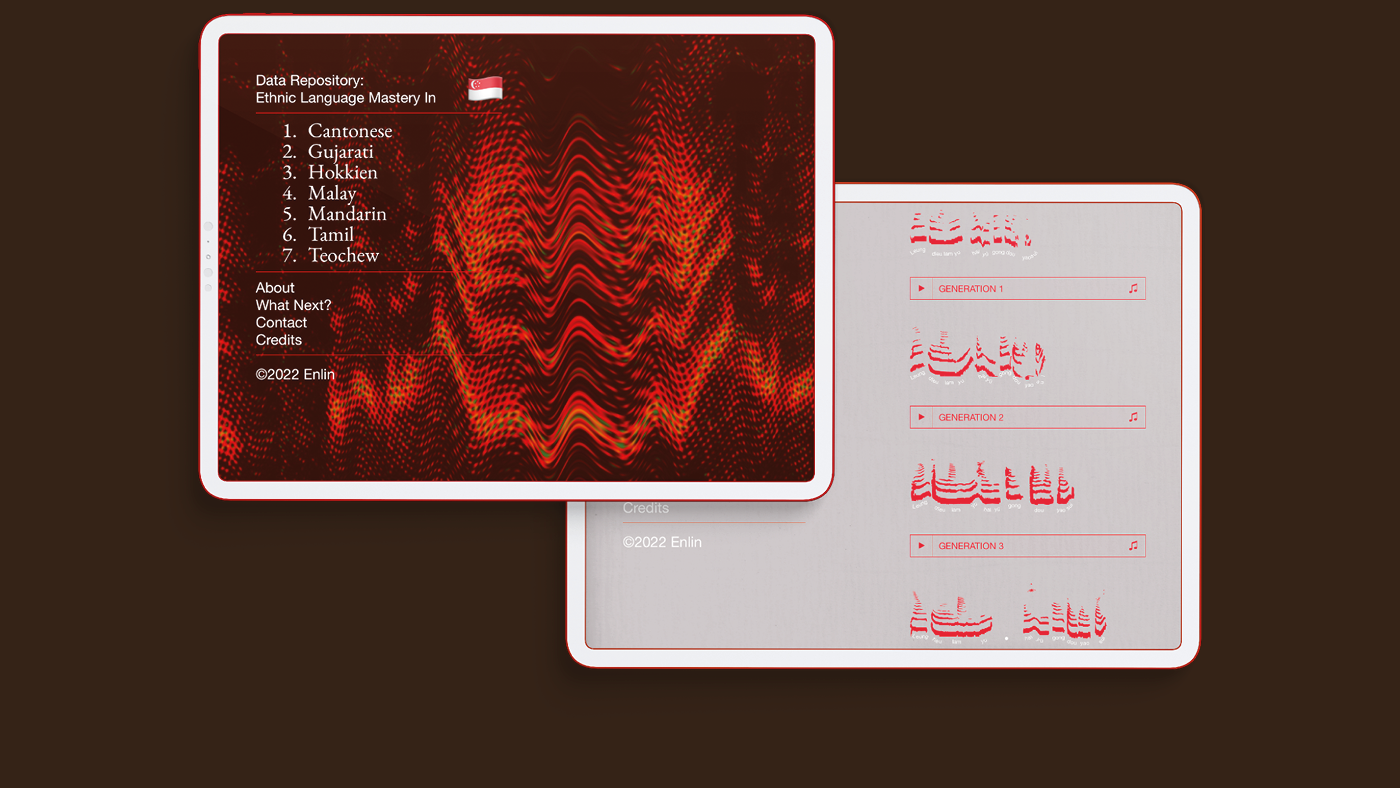